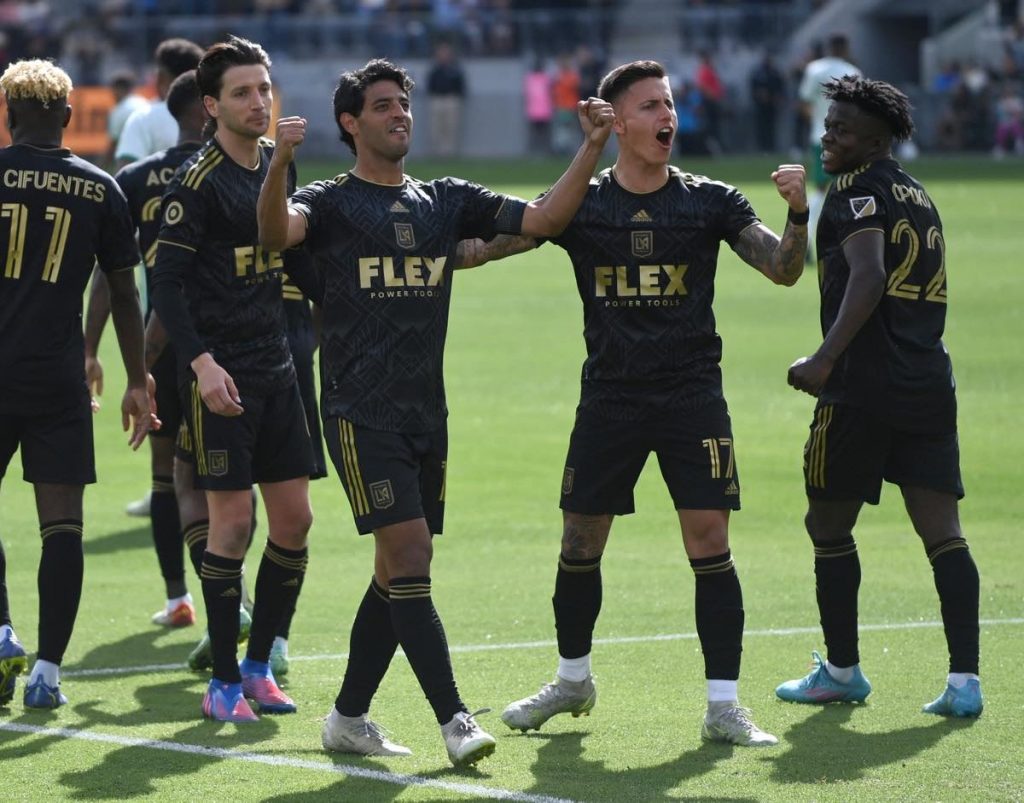 Ahead of Sunday’s MLS action across America, we have picked out three fixtures for an 11/1 accumulator – better yet, customers yet to register with Virgin Bet can get a £20 free bet to use across their platform.

Three legs make up our Sunday accumulator, which has odds of roughly 11/1. A £10 stake would return around £120 (Odds subject to change).

To begin Sunday’s accumulator tips, we’re going with Los Angeles FC to extend their unbeaten run to three games and extend their lead at the top of the Western Conference ahead of Real Salt Lake and Austin FC who are close behind.

LAFC, managed by Steven Cherundolo, play at the Banc of California Stadium in the ‘City of Angels’ and are blessed with talent such as Carlos Vela, Diego Palacios, and Cristian Arango.

We have another East vs West rivalry on Sunday with Boston’s New England Revolution travelling to Vancouver, Canada, to face the Whitecaps at BC Place.

New England are unbeaten in their last four MLS outings, with two wins and two draws on the board – picking up six points from victories against Sporting Kansas City and Minnesota United, and two points from Orlando City and the Philadelphia Union.

On the other side, Vancouver have won three out of their last four domestic fixtures – with a 4-0 thumping to the Seattle Sounders marking their only loss despite success against FC Dallas, Sporting Kansas City, and Real Salt Lake.

We’re backing Bruce Arena’s side to take three points back home to Massachusetts on Sunday.

As our final selection for Sunday’s accumulator, we’re tipping the Philadelphia Union to overcome New York City FC and put an end to the Eastern Conference leaders’ hot streak.

NYFC haven’t lost a domestic encounter in nine games, accumulating seven wins and two draws throughout this impressive run. The side led by Nicholas Cushing has risen to the top of the Eastern MLS standings, and are a point clear of their New York rivals, the Red Bulls by one point and also have two games in hand.

Despite this, Philadelphia are known to have some of the best support in the country and are renowned for their sporting prowess with teams such as the Philadelphia Eagles in the NFL, and Philadelphia 76ers in the NBA creating some of the most hostile atmospheres in America.

Alongside this, the Union are just one point behind Sunday’s opponents heading into the fixture. Jim Curtin’s men are unbeaten in their last eight MLS games, but seven of those have been draws and just one win away in Portland against the Timbers.

Philadelphia began the season on fire and set the pace for the rest of the league, picking up five wins and one draw from their first six. However they have cooled off since, but we’re going with the Union on Sunday to put a stop to New York’s dominance and leapfrog their opponents in the table.