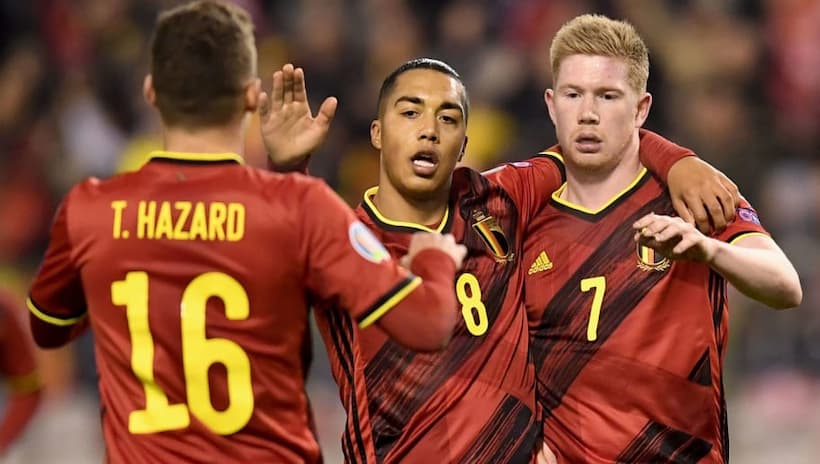 The final round of European World Cup Qualifiers gets underway later, and, with a host of the continent’s top nations on parade, our expert presents a set of five-fold 19/1 football Acca tips for today. Plus, find out how you can Bet £10 Get £30 at Betfred.

Betting on the above selection of International teams to win their concluding WCQ games at Betfred provides odds of approximately 19/1 – and a return of £201.42 on a £10 stake.

For further analysis of the Euro WCQ Football ACCA tips for tonight, see below:

Montenegro’s recent run of home form is a definite point of anxiety where this Acca is concerned – Miodrag Radulovic’s side hasn’t won in front of its home-faithful in four consecutive qualifiers.

However, after watching the reverse fixture unravel at the Vodafone Arena in Turkey, we’re quietly confident that Montenegro can throw a spanner into the works of the Turkish bid for a World Cup spot. In that previous encounter, Montenegro held on to the ball well in spurts and created four shots on target to Turkey’s five in a game that ended in a 2-2 draw. So, Stevan Jovetic and co. have every chance of a repeat performance and a more positive result at home this evening.

Gibraltar vs Latvia – Latvia to win at 2/5

Latvia are by no means an elite international side, but after dominating the Gibraltar team in a routine 3-1 home win earlier during the campaign, it’s impossible to fathom any result besides another Latvian win tonight.

If the Czech Republic can win tonight’s final game by two or more goals and the Belgian side does them a favor in Wales, it’s still possible that Jaroslav Silhavy’s team can make the World Cup Playoffs.

Czech Rep have not lost on their home patch in eight consecutive games and defeated Estonia 6-2 away from home in the corresponding fixture earlier this year. So, we’re backing Thomas Soucek and co. to at the very least hold up their end of the bargain in front of their fanatical home support.

With a potential spot at the World Cup on the line, we’re backing the Dutch to get the job done at home against Erling Braut Haaland and Norway.

The reverse fixture at the Ullevaal Stadium finished 1-1. But Holland dominated possession of the ball (66%) and finished up with 10 more shots and four more shots on target than tonight’s opponent.

With the home crowd behind them, expect to see the excellent Memphis Depay (11 international goals this calendar year) and the Dutch team keep up its 100% home success rate (4-0-0) at Norway’s expense.

After beating Belarus 5-1 in their last game, Wales now need a win tonight to give themselves the best chance of a home playoff qualifier.

Belgium, on the other hand, are undefeated in qualifying and have already booked their passage through to the World Cup in Qatar, meaning Roberto Martinez could opt to rest a few players this evening or give minutes to fringe players.

As such, we’ve already stated that we think Wales can make a game of it over in our BTTS tips. But, we’re not willing to go so far as to state that Ryan Giggs’ team will beat FIFA’s No.1 ranked side in World football.

Whatever side Belgian coach Martinez goes with, expect the superior firepower of Les Diables Rouges to win out in the end.

Betting on our selection of international football Acca tips at Betfred will provide odds of around 19/1 – and an estimated return of £201.42 on a £10 stake.

Betfred is offering a Bet £10 Get £30 in Free Bets + 30 Free Spins promotion to any newcomer to the site. This special promo can be used in conjunction with the European World Cup Qualifiers and football ACCA tips detailed for Tuesday evening.

To claim £30 in free bets at Betfred, just follow these simple steps: