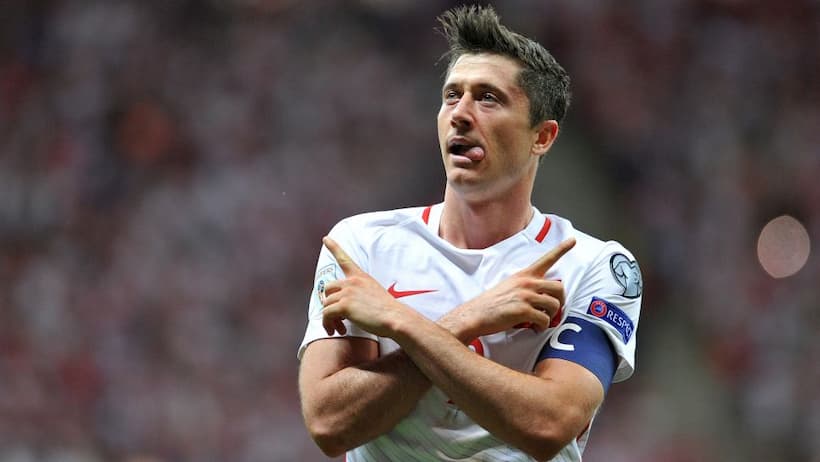 There’s a top lineup of European World Cup Qualifiers scheduled for tonight, including home nations England, Scotland, and Northern Ireland, and our expert has a set of five-fold 2/1 football Acca tips for today’s matches to share. Plus, details on how you can Bet £10 Get £30 at Betfred.

Betting on the above selection of winning teams at Betfred provides odds of approximately 2/1 – and a return of £32.51 on a £10 stake.

These teams have met twice before in recent history. The first of the two meetings was over a decade ago and has zero bearing on this Acca but the result ended 4-0 to Poland. Then, earlier during this WCQ campaign, Robert Lewandowski and co. kept the tradition of stuffing Andorra alive when they won 3-0 at the Polish Army Stadium.

In truth, the scoreline is harsh on Poland: Andorra had a measly 14% possession in that game and mustered up one shot in 90 minutes – the score could have easily been 10-0 on another day.

All in all, there’s nothing that suggests anything other than another win for Poland tonight, so this leg is a low-value banker.

Denmark vs the Faroe Islands – Denmark to win at 1/33

Again, we’re just padding our Acca here after a couple of unsuccessful weeks. Denmark is the only side left in this European WCQ campaign to have won every single game (played eight; won eight) and Barcelona’s Martin Braithwaite and co. have scored 27 goals in the process.

The Faroe Islands did eke out a historic 2-1 win against Moldova last month but still sit bottom of Group F with four points from six games played and having conceded 17 goals.

In short, it would be the shock of the century if Denmark failed to win this game, so this leg of our Acca tips for today looks nailed on.

Israel’s recent record vs Austria is surprisingly good. Following the recent 5-2 victory in WCQ Group F, Willibald Ruttensteiner’s team has won three and drawn one of the last five games played vs Austria.

That said, the Israelian national side hasn’t ever won in Austria and was most recently bested 3-1 back in 2019, with goals from Marcel Sabitzer, Martin Hinteregger, and Valentino Lazaro enough to get the job done for the home side.

As such, we’re backing an Austrian side that appears superior on paper to set the record straight back at Worthersee Stadion tonight, doing Scotland a huge favor in the process.

Albania boasts a better attacking style of football than most give them credit for and averages approximately 1.25 goals per game in European World Cup Qualifying Group I. Against smaller teams, the likes of Armando Broja and Rey Manaj have caused problems. But, coming up against an England side that is top of Group I; that’s scored 24 goals in eight WCQs, and that they just lost to at home last month, 2-0, is a tall task.

England surrendered just 21% possession of the football and held Albania to zero shots on target in that reverse fixture in October. So, with England back at Wembley, we’re expecting big performances from the likes of Tottenham’s Harry Kane and Borussia Dortmund’s Jude Bellingham to fire Gaeth Southgate’s team to a routine three points.

Italy vs Switzerland – Italy to win at 4/7

Italy and Switzerland are neck and neck at the top of Group C with 14 points apiece from six games played. The winner of tonight’s game is all but guaranteed to qualify from the group in first place and move on to the World Cup proper in Qatar.

Italy did defeat the Swiss side 3-0 during the group stage of the Euros, but, with both teams struggling to create chances, the more recent WCQ clash at St. Jakob-Park ended up a drab 0-0 draw, so this game is tougher to call then some might think…

That said, Switzerland have lost or drawn their last 13 games vs Italy and haven’t won home or away vs Gli Nazzurri since a 4-1 win back in 1954, so the smart money has to go on Italy here.

Betting on today’s selection of football Acca tips at Betfred will provide odds of around 2/1 – and a return of £32.51 on a £10 stake.

Betfred is offering a Bet £10 Get £30 in Free Bets + 30 Free Spins promotion to any newcomer to the site. This special promo can be used in conjunction with tonight’s slate of European World Cup Qualifiers and the previously detailed football ACCA tips.

To claim £30 in free bets at Betfred, just follow the simple instructions below: