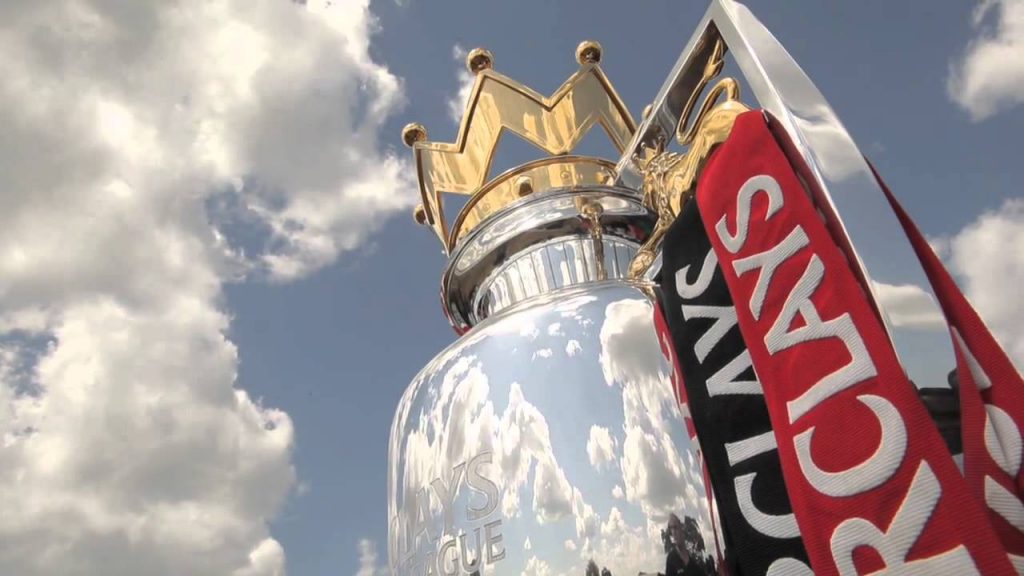 Week 32 of the Premier League is upon us and it could potentially be a defining week as far as the title race, relegation battle and the top four race is concerned.

League leaders Leicester City have a great chance of increasing their lead at the top of the table if they can win their game against a spirited Southampton side. Tottenham travel to Anfield later today and the Londoners have a wretched record against the Reds.

Top four aspirants West Ham and Manchester United are at home this week to Palace and Everton respectively and will be looking to close the gap with Arsenal and Manchester City.

Meanwhile, it could be a vital week in the relegation battle as well. Newcastle United cannot afford another slip up. Rafa Benitez faces a six-pointer clash against Norwich City away from home. 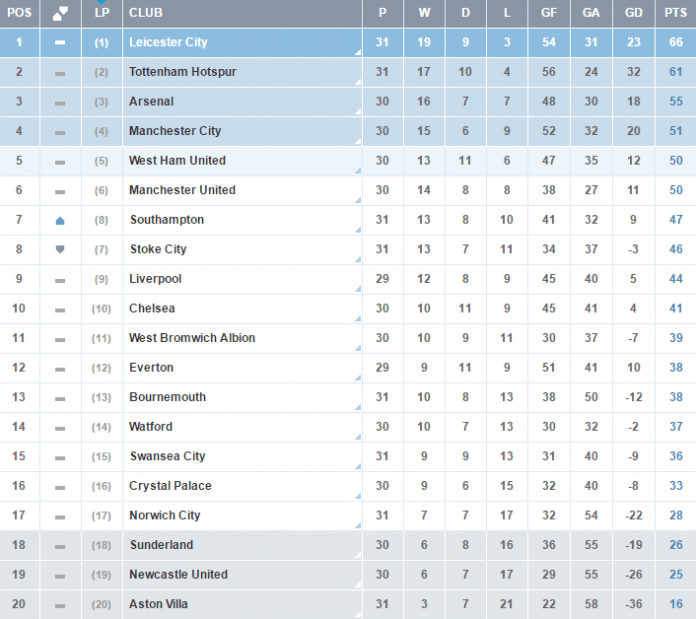 Aston Villa are staring at the future in the Championship right now and It is highly unlikely that they will survive the drop this season. Villa have comfortably been the worst side in the division this year and will be playing to salvage some pride against the Premier League champions later today.

Chelsea have had a disappointing season this year, but they turned it around since the arrival of Guus Hiddink and will now look to add more wins to their tally and finish as high as possible this season.

Despite injuries to several key players, Eddie Howe’s side have done really well to bounce back midway through the season and are close to securing their status as a Premier League club for next season.

The Cherries have shown that they are well capable of upsetting the big guns home and away and City need to be careful here. Pellegrini’s side are in woeful form at the moment and will have to work hard to grind out a win here.

Manchester United’s win in the Derby has put them in a great position in the top four race and they could close the gap with cross-town rivals Manchester City with a win tomorrow.

Despite a very disappointing season overall, Everton have done well away from home recently and will be looking to avenge their humiliation against Manchester United at Goodison Park earlier this season.

Spurs will be hoping to change their poor record against the Reds and the likes of Kane and Eriksen will need to step up for this defining fixture this week.

Benitez needs his side to perform tonight. Newcastle travel to Norwich for a tricky Premier League fixture and a defeat for either side could be fatal.

Both teams are in poor form right now and it should be a fascinating contest.

Newcastle have the better squad, but can they put on a better performance? Time will tell.

Swansea have done really well to steer clear of the relegation zone since the appointment of Guidolin and will want to build on that.

Meanwhile, Mark Hughes be hoping to finish as high as possible after an impressive season with Stoke City this year.

Arsenal’s title race is over barring a major turnaround and the Gunners will now play to secure their place in top four. With United and West Ham closing in, Wenger’s men cannot afford a slip up right now.

Watford are going through a slump right now and will need a huge slice of luck to get something out of this game.

League leaders Leicester City take on Southampton in the Premier League this week and it could be a decisive week in the title race. If Spurs drop points against Liverpool, Leicester could have one hand on the trophy with a win here.

Southampton will be full of confidence after a stunning win over Liverpool in their last game and will look to pull off an upset here.

Slaven Bilic and West Ham United are flying high at the moment and the Hammers know that they have a golden opportunity to qualify for the Champions League next season.

Palace are going through a tough phase under Pardew and West Ham will do their best to take advantage of the Eagles’ failings.

Sam Allardyce has done a decent job since taking over at the Stadium of Light and will hope to build on that when his side takes on West Brom in the Premier League this week.

Sunderland have improved all across the pitch in terms of intensity, desire and organisation and will be aiming for the three points here.

Tony Pulis’s teams are one of the most competitive teams in the league every season and they will make it very tough for the home side.