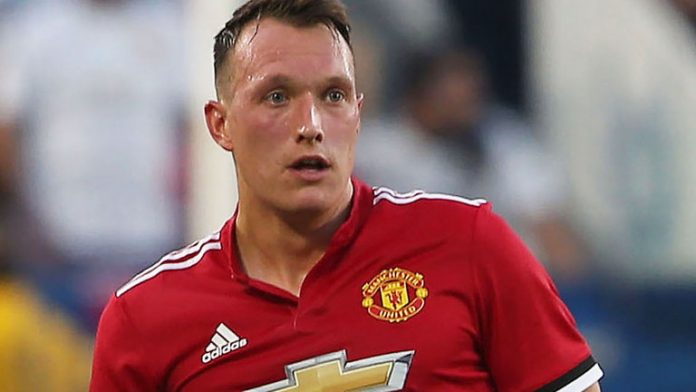 It’s ‘as-you-were’ at the top of the Premier League, with the top three sides all recording victories over the weekend.

Manchester City’s 3-1 success against Newcastle United keeps them 12 points clear of Manchester United, with Chelsea a further three points behind in third place.

Sportslens takes a look at five talking points from the latest round of games.

Jones laughs off the boo-boys

Jones was on the receiving end of a ton of abuse, but the England centre-half had the last laugh as he kept Burnley’s powder-puff attack at bay.

It’s now eight games without a win for the Clarets and maybe their fans would be better served trying to lift their own team rather than spouting bile at a player they could only dream of having represent them.

Arsenal refused to be distracted by the Alexis Sanchez sideshow, although Saturday’s 4-1 victory over Crystal Palace proves little in the grand scheme of things.

Sanchez, Theo Walcott and Francis Coquelin are no more, but manager Arsene Wenger must ensure he quickly brings in replacements of a higher quality.

Arsenal are a mile behind the two Manchester clubs and Chelsea in terms of quality and Wenger still has a big job on his hands.

Aguero proves his worth to City

Sergio Aguero’s hat-trick against Newcastle United took his tally for the season to 23 and highlighted his importance to City’s hopes of success this season.

With Gabriel Jesus sidelined by injury and City walking away from a deal to sign Sanchez, Aguero remains their main man up front.

There have been times when City boss Pep Guardiola has appeared to doubt Aguero’s worth, but in this sort of form he should be the first name on his team sheet.

West Ham running out of gas

It’s been a busy time for clubs across the Premier League, but West Ham looked particularly worn out against Bournemouth on Saturday.

Yet another injury to Andy Carroll has left the Hammers short of striking options and their small squad is beginning to look stretched.

Manager David Moyes has been linked with numerous players during the transfer window and he desperately needs to get some incoming deals over the line before the end of January.

Eriksen as crucial to Spurs as Kane

Christian Eriksen’s absence for Tottenham Hotspur at Southampton on Sunday showed that he’s as important to the team as striker Harry Kane.

The Dane has been an ever-present in the Premier League this season, but he missed the game through illness and Spurs struggled for creativity at St Mary’s.

Kane has grabbed the majority of headlines for his scoring exploits this term, but Eriksen’s value to Spurs should not be underestimated.