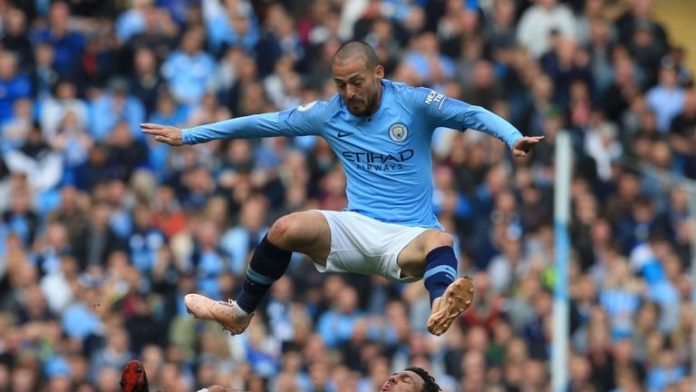 The Premier League cranked back into life after the international break with some enthralling games taking place at both ends of the table.

Manchester City and Liverpool comfortably retained their unbeaten records, while an almighty scrap to avoid relegation is beginning to develop at the foot of the standings.

It’s testament to the strength of Man City’s squad that Kevin De Bruyne’s absence has not affected their results.

David Silva in particular has revelled in the extra responsibility and he produced another fine display at the London Stadium. The Spaniard was simply too classy for the Hammers and his 11th minute goal was scant reward for a sublime performance.

Jordan Henderson’s red card against Watford didn’t affect the end result, but the midfielder could live to regret his stupidity.

Two silly fouls gave referee Jon Moss no other option than to send off the Liverpool captain who will now miss next weekend’s Merseyside derby.

His absence opens the door for others and Henderson could find it difficult to win his place back when his suspension ends.

Top four? Pull the other one, Jose

Jose Mourinho’s claim that Man Utd could be in the top four by the end of the year looks ambitious given Saturday’s performance against Crystal Palace.

The result left United seven points adrift of fourth-placed Chelsea and it’s difficult to imagine them closing that gap between now and the New Year.

United’s fixture list is fairly favourably during December, but they’ll have to play much better than they did against Palace if they’re to overtake Chelsea.

Hazard started the season in fine form but his performances, once again, have taken a dip over the last few weeks.

However, with the January transfer window approaching you can expect the Belgian to start pulling his finger out again over the next few weeks.

Ranieri will guide Fulham to safety

Claudio Ranieri got off to a winning start as Fulham manager, although he clearly still has plenty of work to do to sort out his side’s fragile defence.

Fulham conceded two disappointing goals against a poor Southampton team and Ranieri will be eager to see improvements at the back.

However, the Italian is the right man to resolve Fulham’s defensive problems and he will guide them out of trouble this season.