FIFA World Player of the Year 2007: Kaka, Ronaldo or Messi?

Cristiano Ronaldo, Kaka and Lionel Messi are all up for the FIFA World Player of the year. The three players have been shortlisted for the award which is announced at FIFA’s world player gala in Zurich on December 17. It’s the first time any of the three have been up for the honour. 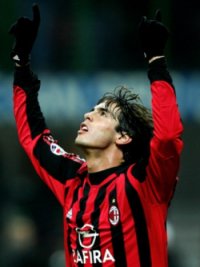 Kaka, who pretty much carried AC Milan to the Champions League victory last season is the favourite to win but faces very tough competition from 22 year-old Ronaldo and 20 year-old Messi who have both had exceptional years.

Last year saw world cup winning Italy captain Fabio Cannavaro win the award. Previous years have seen Ronaldo (the Brazilian) and Zinedine Zidane win three times each, whilst Ronaldinho has won twice. If Cristiano Ronaldo wins it will be a first for a player from an English club.

The award is decided by votes made from managers and captains of the national teams in FIFA’s member countries. 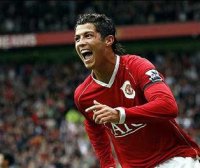 Kaka has picked up an award this season already, named as the FIFPro world player of the year. The reward was given in October after been voted for by 45,000 of his fellow professionals. Cristiano Ronaldo last season won both Player of the Season accolades after aiding Manchester United to the Premier League title. He has since continued his fine form into the current season.

Lionel Messi is the outsider of the three having enjoyed a brilliant 12 months for both club and country. He is regarded as one of the most gifted young players in the world so should he not win it this year be sure to expect him collecting the prize in future years.

Who do you think will win the award this year out of the three players?