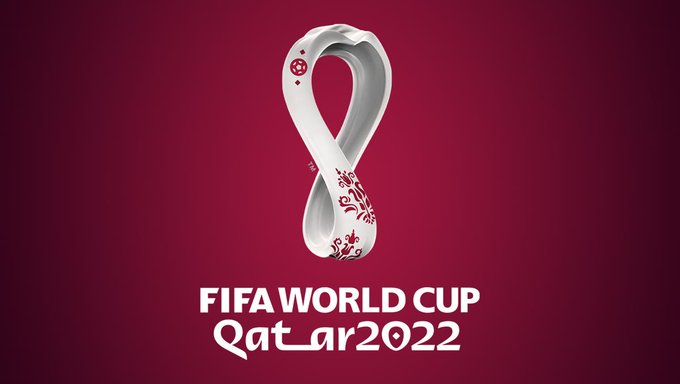 The official logo for the Qatar 2022 FIFA World Cup has been unveiled on Tuesday at Doha.

The design of the FIFA World Cup logo reflects both the tournament’s compact infrastructure and winter schedule.

Thousands of spectators gathered to witness the synchronised projection of the emblem. 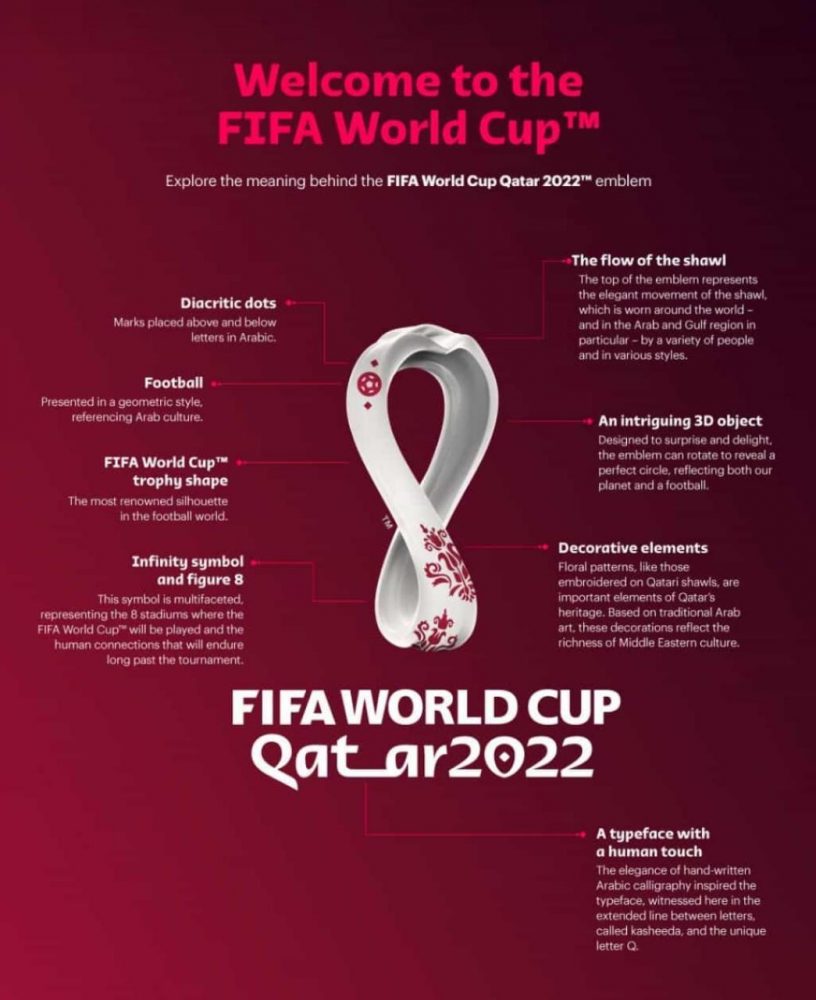 The logo was unveiled in 24 other major cities across the world including London, Johannesburg, Mexico City, Mumbai, Paris and Seoul.

The Official Emblem of the FIFA #WorldCup Qatar 2022 embodies the vision of an event that connects and engages the entire world, while also featuring striking elements of local and regional Arab culture and allusions to the beautiful game. pic.twitter.com/Z9k2UlaISm

The FIFA World Cup 2022 logo has used the colours of the Qatari flag where the white emblem is set against a maroon background.

The design is inspired by the contours of the World Cup trophy, while the swooping curves of the emblem represent the undulations of desert dunes and the unbroken loop depicts both the number eight – the eight stadiums that will host the World Cup matches – and the infinity symbol, which reflects the interconnected nature of the event.