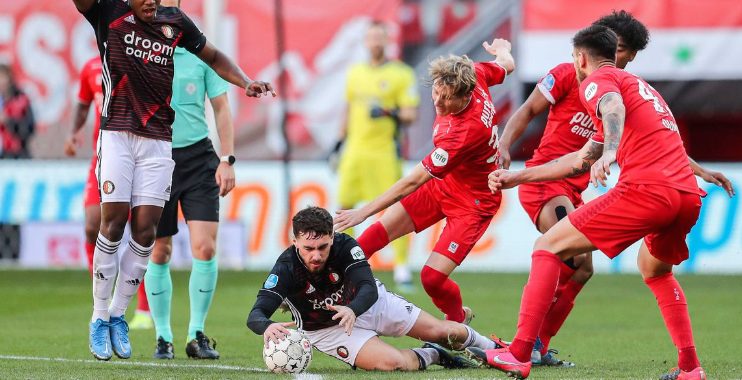 Willing to get a third win in Eredivisie, FC Twente is going to play a match against Feyenoord on Sunday afternoon.

Watch and bet on FC Twente vs Feyenoord at Bet365>livestreaming>football.

FC Twente won the game against Sparta Rotterdam where the scoreline in the Eredivisie match came out to be 1-0. Not only this but FC Twente had five shots on target and 65% of possession.

On the other hand, Feyenoord played against Slavia Prague and the match ended in a draw 2-2.

The last match at De Grolsch Veste was also a draw between FC Twente and Feyenoord.

Feyenoord is unbeaten in the last three matches against FC Twente with two draws and one wins. Twente will be looking to turn that around on Sunday.

FC Twente has got Luca Everink, Kik Pierie, and Jody Lukoki injured while Feyenoord has only Denzel Hall who has an injury.

Following are the latest betting odds from Bet365:

Both teams have been in excellent form this season and will be hoping to win all three max points on Sunday.

Twente has a home advantage, but Feyenoord is aiming to overtake Ajax and PSV at the top of the table. Both teams are expected to play well, which may make for an intriguing match, but we’re predicting the Feyenoord to win the game.

Prediction: Feyenoord to win at 3/4.

Bet on Feyenoord to win at 3/4 against FC Twente with bet365.

How to Watch FC Twente vs Feyenoord Live Stream?