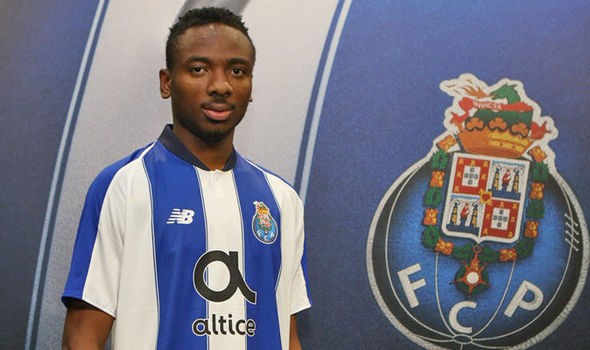 Arsenal confirm midfielder Kelechi Nwakali has joined FC Porto on loan. The highly-rated 20-year-old is expected to feature for the Portuguese Primeira Liga side’s B team and has a buying option attached to the deal.

Nwakali joined the Gunners from Nigeria’s Diamond Academy in 2016 but has been unable to feature due to difficult in getting a work permit. As a result, he’s had to be loaned out every season until it’s sorted.

The Nigerian u17 international joined Dutch outfit MVV Maastricht just weeks after joining Arsenal two years ago and made 34 appearances in all competitions, scoring and creating seven goals. Last season saw him join another side from the Netherlands in VVV-Venlo, where he made 12 appearances across the board.

His temporary move ended midway through the campaign as he returned to Maastricht to make a further 19 appearances. And now Nwakali will ply his trade in Portugal for the 2018/19 season where he’ll hope to impress enough to feature for the first-team and earn himself a permanent deal.

Porto won the Primeira Liga title last season with 88 points from 34 games. They have stiff competition in midfield, with Hector Herrera, Otavio and Oliver Torres likely to be ahead of Nwakali in the pecking order.