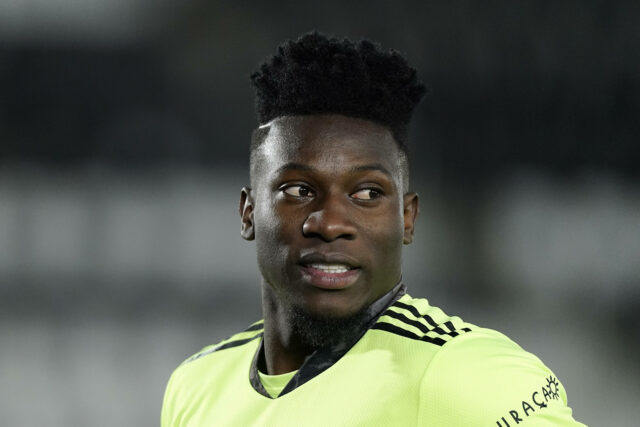 He told The Arsenal Lounge: “Onana is absolutely open to joining Arsenal, but it’s not a done deal yet.

“They need to wait about the situation of the ban or the suspension – they are waiting for the court to see what’s happening with Onana, how many months he will be out.”

Dutch outlet NOS claimed earlier this month that the Gunners are readying an approach to sign the Ajax goalkeeper.

Bernd Leno is the first-choice at Arsenal, but there is a genuine concern over his long-term future.

The Cameroon international could be available on a cut-price deal with his Ajax contract expiring at the end of next season.

He has been banned for 12 months from February this year after being found guilty of taking a prohibited drug for medical treatment.

The goalkeeper has appealed to the Court of Arbitration for Sport, and an upcoming hearing could reduce his punishment by around four months.

Leno reportedly wants to leave Arsenal, and Onana would be a fantastic addition for the Gunners.