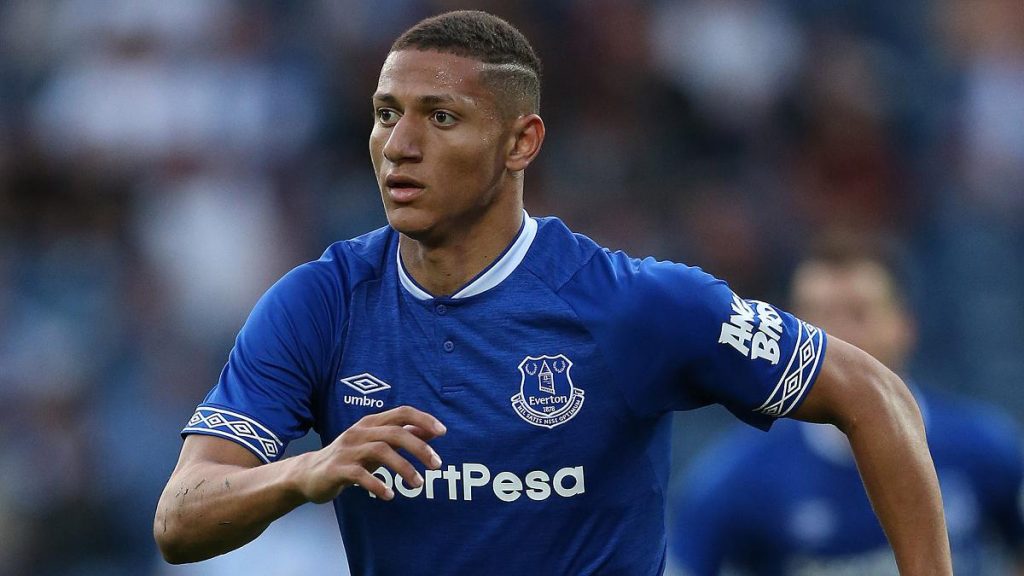 Following an exceptional start to a 2021-22 Premier League campaign that has seen Everton pick up seven points from a possible nine, a big home win tonight would see the Toffees pull back level on points with Manchester United, Chelsea, and Liverpool at the top of the table.

Sean Dyche’s plucky but currently struggling Burnley side will aim to spoil Everton’s early season charge and pick up a crucial three points at Goodison Park. The Clarets are yet to register a win in the EPL this season and currently languish in 18th in the division.

It’s Everton vs Burnley in another crunch EPL encounter. Read on to get a full preview of the match, the latest odds, how to get a free bet, and our prediction.

Since climbing back into the top tier of English football in 2016, Burnley have made a name for themselves as a resilient defensive unit.

Sean Dyche’s men are yet to keep a clean sheet this season, however, so keeping the opponent out is likely to have been a real focus in training since the players arrived back from the international break.

Hence, the sportslens team particularly liked the look of the 8/11 odds on the Under 2.5 Total Goals betting line.

The pick of the bunch for this week’s free bets has to be bet365. Newcomers to the site can expect to receive a deposit match of up to £100 in free bet credits.

In order to gain access to this huge bonus, simply sign up with bet365, make a deposit of between £5-100, and place a wager that will be settled in time for tonight’s big game. The moment the result is settled, your free bet credits will be released.

Having disposed of Southampton and Brighton and drawing with Leeds, Everton is definitely the form team heading into tonight’s pivotal MNF encounter. This is reflected in the odds broadcast across the board from all bookies: Rafael Benitez’s side is the clear favorite.

The last five meetings between these two teams have been well contested though, with both Everton and Burnley winning twice and drawing once, including an away win for the Clarets two seasons ago (0-2). So, picking up Burnley on the spread in what is likely to be a low-scoring affair is another, potentially higher-yielding option for bettors.

Where the team news is concerned, Rafa Benitez has revealed that his star striker Dominic Calvert-Lewin could be set for a return following a quadriceps injury. Defenders Seamus Coleman and Ben Godfrey also look set to feature for the Toffees, but midfielders Fabian Delph and James Rodriguez appear likely to miss out once more.

Richarlison has not been punished by the Everton board for traveling to South America to appear in the Brazil vs Argentina debacle last week and will start in tonight’s game.

For Burnley, new signing Maxwell Cornet will likely miss out due to a dead leg, and Connor Roberts, Dale Stephens, and Kevin Long are still unavailable, too, meaning coach Sean Dyche is likely to field the same side that drew with Leeds a fortnight ago.

Going on current form, league standing, the talent on the team sheet, and just about every other metric available to view prior to a football match, this game has home win for the toffees written all over it.

The odds on that outcome alone aren’t all that enticing, however. So, with Dominic Calvert-Lewin not guaranteed to start, we like the look of Brazillian star Richarlison to score the first goal at 5/1 at bet365. 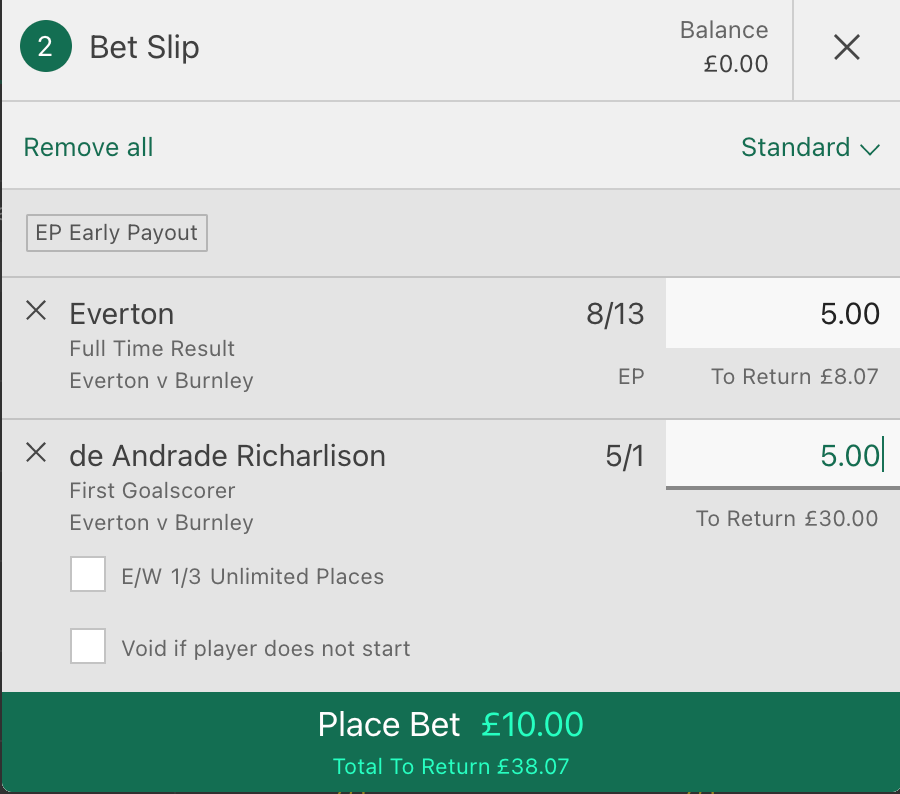