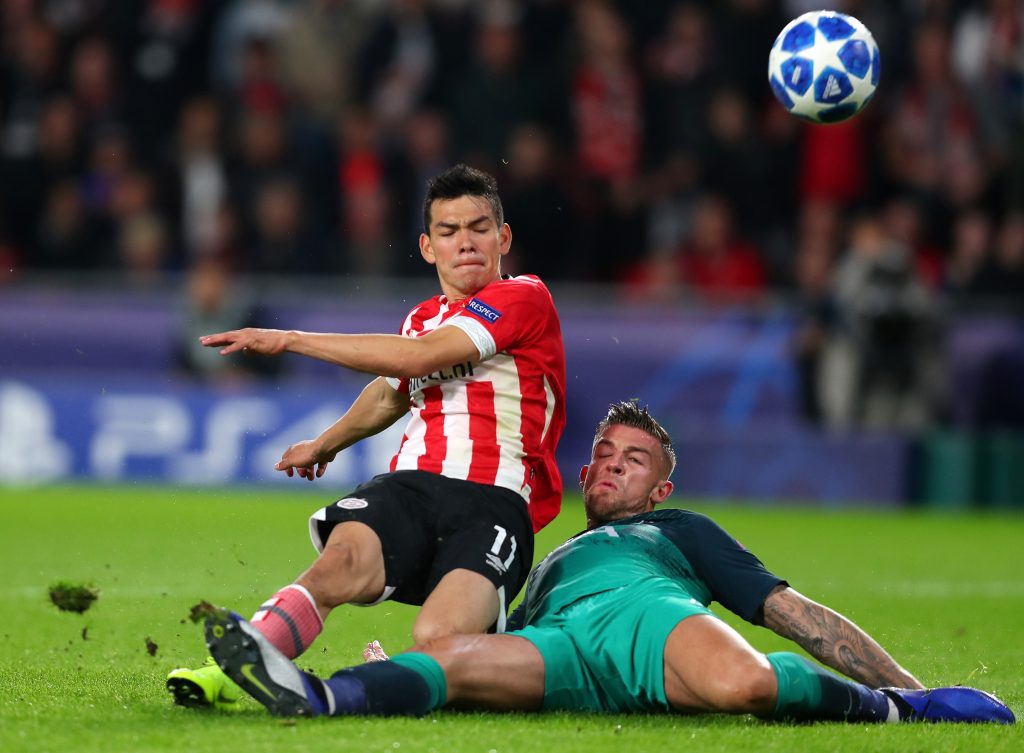 Everton and Manchester United will have to dig deep if they want to sign Napoli winger Hirving Lozano.

According to La Gazzetta dello Sport, the Serie A club will hold out for a £44 million fee for the 24-year-old.

Lozano joined Napoli from PS Eindhoven last summer, but he has failed to make much of an impact since moving to Italy.

The Mexican has scored just three goals and created two more in 23 appearances for Napoli, sparking talk that they would be willing to move him on.

However, Napoli are believed to retain faith in Lozano’s ability and are unwilling to let him leave on the cheap.

Both Everton and United have been linked with a move for Lozano, although it would be a big surprise if either were willing to shell out £44m to secure his services.

Toffees’ boss Carlo Ancelotti is a known admirer of Lozano, but he is unlikely to blow a big portion of his transfer budget on a player who has failed to produce the goods in one of Europe’s biggest leagues.

It is a similar story at United, with manager Ole Gunnar Solskjaer’s previous buys showing that he recognises good value for money.