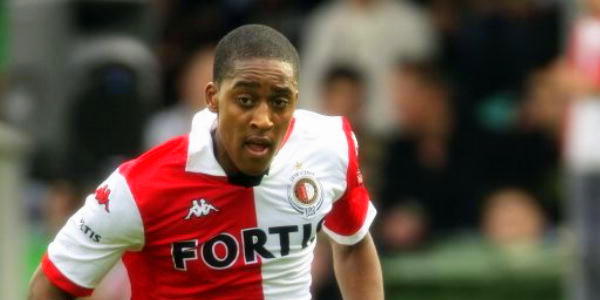 Everton have agreed a deal to sign FC Twente midfielder Leroy Fer in the next 48 hours, for a fee thought to be in the region of £8.5 millions.

The 23-year-old will travel to Meyseyside to undergo a medical and discuss personal terms with his transfer is expected to be completed before the transfer window closes on Thursday.

The midfielder with a moniker “Bouncer” has been compared to Arsenal legend Patrick Vieira by the Holland Under-21 coach Cor Pot for his all-round box-to-box playing style.

Leroy started his senior career with Eredivisie side Feyenoord in 2007, after graduating from the club’s youth academy. After spending four years at the club, he joined FC Twente in 2011, where he found the net 12 times in all competitions for the Dutch side and has two international caps for Netherlands under his belt.

The deal if goes through will once again inevitably lead to speculations over the future of Belgium international Marouane Fellaini.

The 25-year-old has been in tremendous form this season scoring eight goals so far with three assists to his name while his virtuoso performances in the league has kept Everton in the hunt for top for finishes.

Several English clubs have registered their interest in him but Toffees manager David Moyes has reiterated that the tall midfielder won’t be sold this season.

However, knowing the parlous financial health of the club, any potential buy like this is unlikely to be sanctioned without impending sales, either this January or in the summer transfer window.

Everton, who are fifth in the table, above Arsenal and Liverpool, probably won’t be getting too many better chances of challenging for Champions League spot and it could be a possibility that the club authorities are prepared to take that financial gamble by giving whatever amount of support they can to the Scotsman.