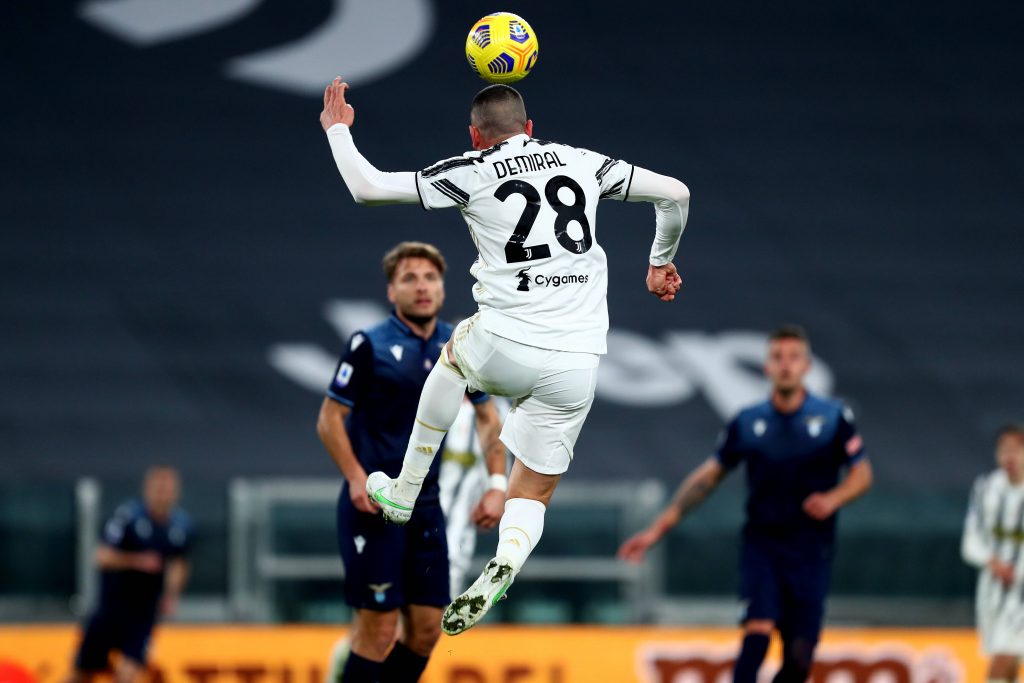 Everton have been linked with a move for the Juventus defender Merih Demiral, and it appears that the player’s agents have been in talks with the Premier League club for a few weeks.

According to Corriere Torino (via Sportwitness), the 23-year-old Turkish defender will be up for sale this summer, and the Toffees are weighing up a bid of around €25-30 million.

Manchester United and Atletico Madrid are keeping tabs on the player, but he is unlikely to decide his future until after the European Championships this summer.

Demiral is highly rated across Europe and could prove to be a superb long term acquisition for Everton.

The Toffees need to improve defensively, and he would add some much-needed depth to their back four options.

Michael Keane and Yerry Mina have done reasonably well for Carlo Ancelotti, although the Colombian defender has been unreliable in terms of fitness.

With United and Atletico linked with Demiral, Everton may find it difficult to lure him to Goodison Park this summer.

The defender may be keen to play in the Champions League, although the chance to play regularly at Everton could boost their hopes of signing him.

Read: How Everton could line up against Aston Villa later today.