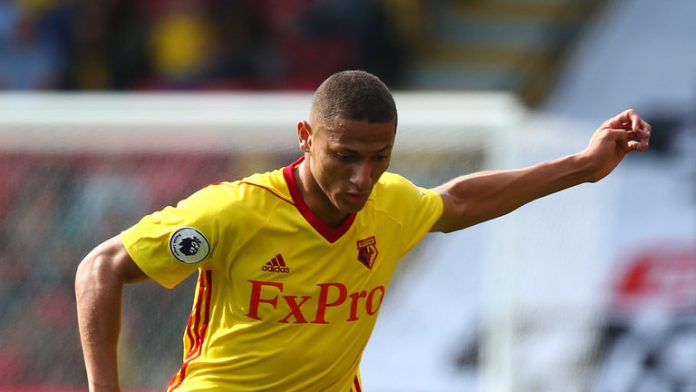 Everton are all set to sign the Brazilian forward Richarlison this summer.

According to Sky Sports, the player his undergo his medical soon ahead of a £50m move. The Brazilian will become the club’s record signing overtaking Gylfi Sigurdsson.

Marco Silva has worked with the player before and it seems that he is determined to break the bank for his services.

Richarlison moved to the Premier League from Fluminense last summer. He had an impressive start to the campaign but his form dipped halfway through the season.

The 21 year old was so poor after the first few months, he had to be left out of the starting lineup.

It will be interesting to see whether Silva can help him regain his confidence and form at Goodison Park next season.

Everton have needed a quality forward since the departure of Romelu Lukaku and the likes of Tosun and Walcott are not enough.

Richarlison can operate as a centre forward as well as a false nine. His versatility will be an added bonus for Marco Silva.