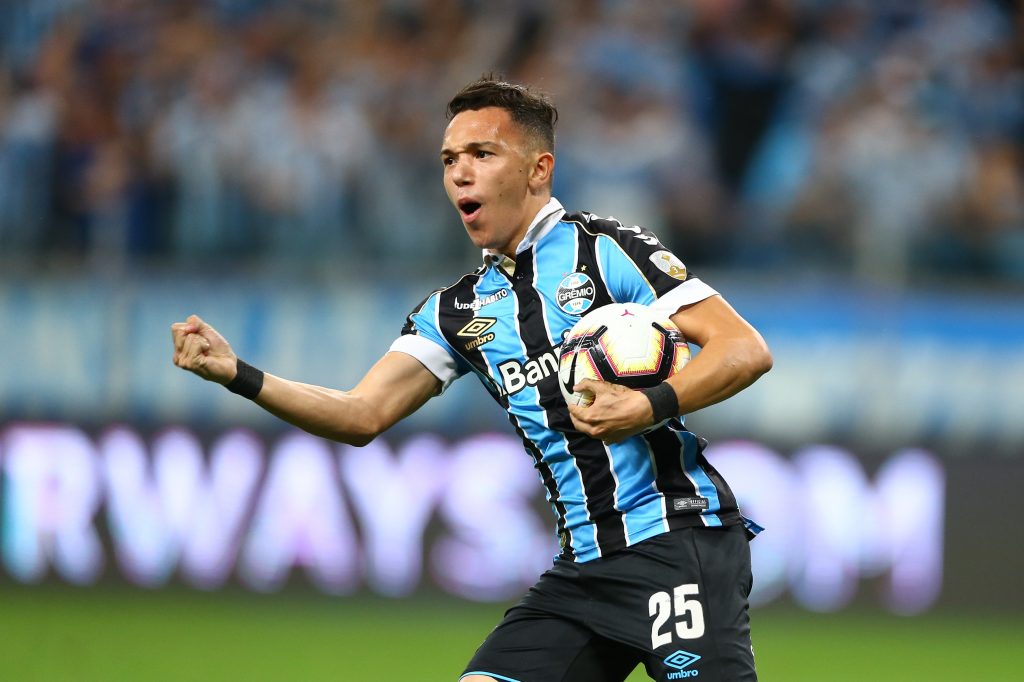 Everton and West Ham are thought to be keen on the Gremio winger Pepe.

The 23-year-old has been linked with a move to Wolves as well and it will be interesting to see where he ends up eventually.

The Brazilian side have just lost Everton Soares this summer and they might not be keen on selling another winger. It remains to be seen whether the Premier League trio can come forward with a convincing offer.

Everton and West Ham have initiated contact with the Brazilian club regarding a potential transfer and Gremio are thought to be holding out for a fee of around €20-25m as per reports (h/t Sportwitness).

Everton have signed James Rodriguez to improve their attacking unit but they need to add some pace and flair to the wide areas as well. The likes of Walcott are simply not good enough anymore.

Pepe could prove to be a solid long term addition to Ancelotti’s attack.

It will be interesting to see if they can fend off the competition and sign the young winger in the coming weeks.

Similarly, West Ham and Wolves could use that extra injection of pace and flair as well.