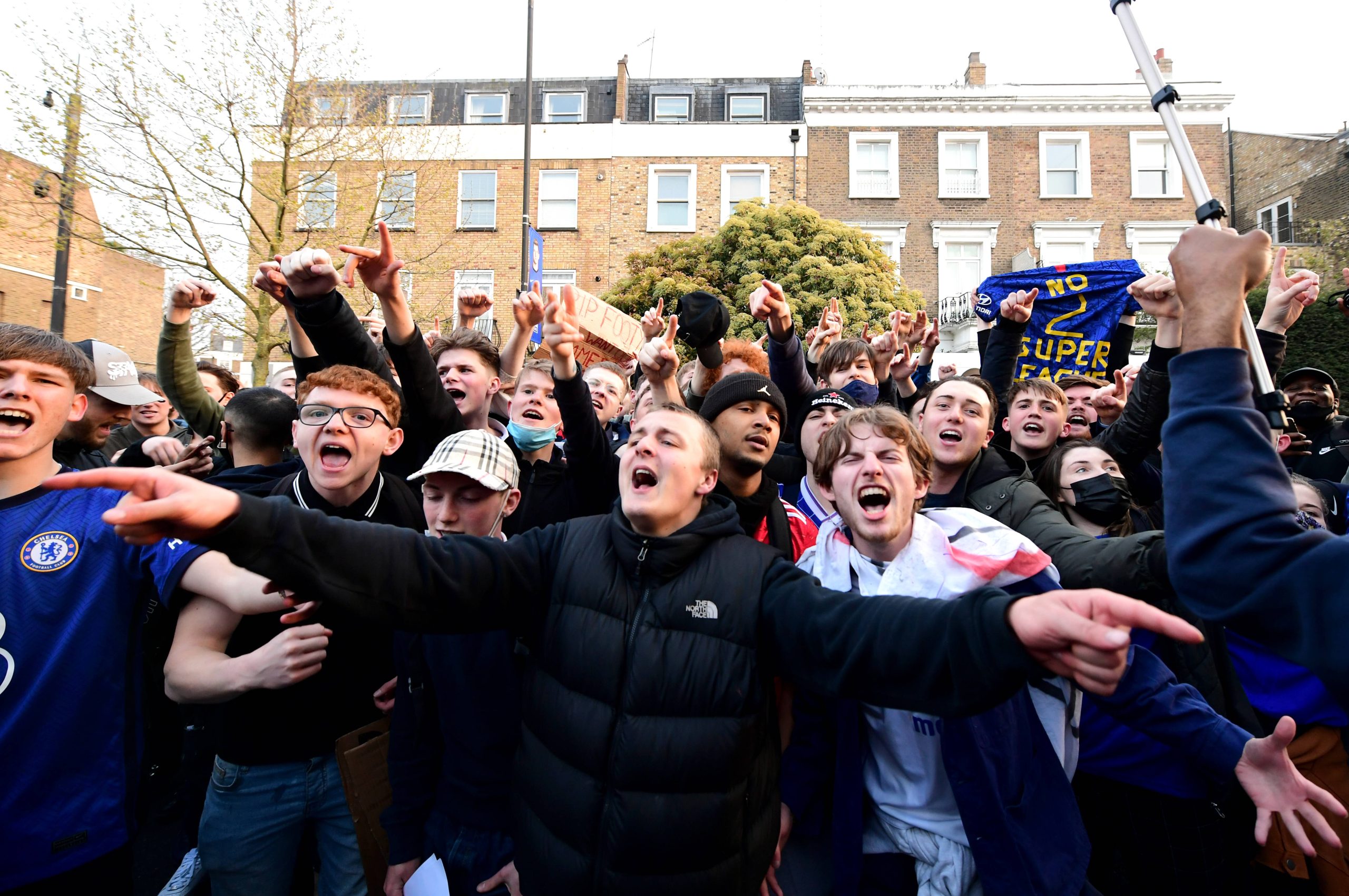 Many fans took to Twitter to vent their frustration and their efforts appear to have paid off, with Chelsea and Man City already having second thoughts about the breakaway.

A survey by Compare.bet has now highlighted the strength of feeling, with fans across the ‘Big Six’ united in their disgust at the proposals.

The study looked at over 319,000 tweets between April 17-20 which tagged each club’s official Twitter account. The results were as follows:

After analysing 319,489 tweets to all clubs’ official accounts, it was revealed that Liverpool fans were the angriest with the announcement.

A whopping 80% of all tweets aimed at the club were in a negative tone.

Arsenal fans were the second unhappiest. The analysis found that 79% of all tweets towards the club were negative.

Fans of Spurs posted the same percentage of negative tweets as their Arsenal counterparts, although the Gunners’ tally came from double the number of tweets.

City, United and Chelsea fans were also extremely unhappy with the proposed breakaway, and the pressure they have exerted appears to have paid off.

It is yet to be confirmed that the ESL has officially collapsed, but it appears to be only a matter of time before this happens.