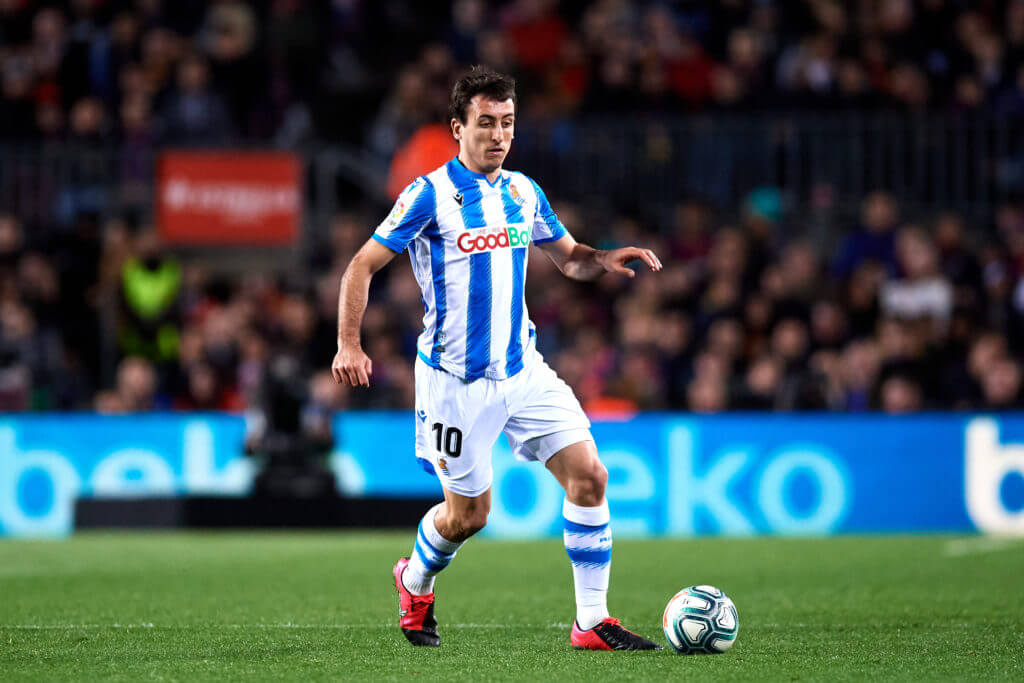 Real Sociedad will be hoping to climb to the top of the table with a win over Espanyol in La Liga this Sunday.

Watch and bet on Espanyol vs Real Sociedad live stream at bet365>livestreaming>football from 15:15 GMT on Saturday, November 28. To watch you must register an account and have a balance of £1 or more.

Real Sociedad have been outstanding in the Spanish league so far and they are just one point adrift of league leaders Real Madrid in second place.

The visitors are heading into this game on the back of a six-match unbeaten run in the league and they will be looking to pull off an away win.

Meanwhile, Espanyol are 11th in the league table and they have failed to win four of the last six league matches. The home side have a poor head to head record against Real Sociedad as well and they have ended up on the losing side in the last three meetings between the two teams.

Oscar Gil is injured for Espanyol. Sociedad are without the services of Nacho Monreal and Carlos Fernandez due to injury. Aritz Elustondo is suspended.

Here are the latest betting odds for Espanyol vs Real Sociedad from bet365:

Real Sociedad are the team in form right now and they will be firm favourites to pick up all three points. The away side are coming into this game on the back of a 2-1 defeat against Monaco in the UEFA Europa League and they will be desperate to bounce back strongly.

Real Sociedad are undefeated in their last 13 league matches and they are likely to pick up another win here.

How to watch Espanyol vs Real Sociedad Live Stream

Espanyol vs Real Sociedad Free Bet: Get £100 in Bet Credits at bet365