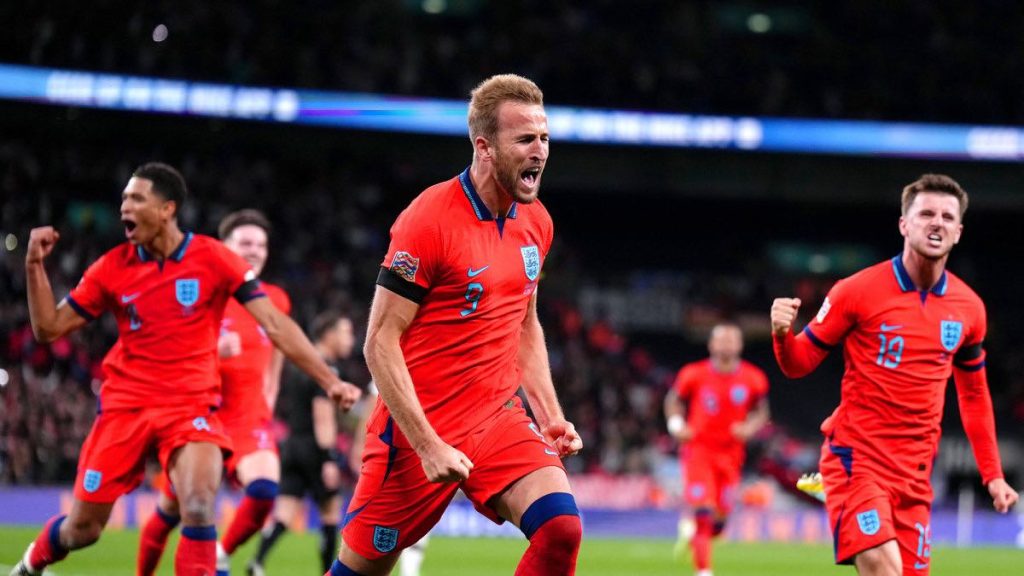 England’s eagerly anticipated World Cup campaign kicks off against Iran on Monday morning in Group B at the Khalifa International Stadium in Doha.

Following a heartbreaking semi-final defeat in the 2018 World Cup to Croatia and further calamity in the Euro 2020 final versus Italy last year, this is Southgate’s final roll of the dice with the Three Lions.

Harry Kane scored the second most goals in last year’s Euro 2020 competition with four, one behind leaders Cristiano Ronaldo and Patrick Schick.

Kane is two goals behind England’s all-time leading goalscorer Wayne Rooney and is poised to break the record in Qatar, with group games against Iran, Wales and USA ahead.

We’re backing the Spurs captain to fire England to glory against Iran and inch ever closer to becoming the nation’s leading goalscorer in history.

England fans have backed Harry Kane to rewrite the record books in the #FanNationSurvey from @bet365. 🫡#Ad pic.twitter.com/ouVxX4IuLQ

England vs Iran Betting Pick 2: Raheem Sterling over 0.5 shots on target @ -114 with BetOnline

Chelsea winger Raheem Sterling has proven himself as one of England’s most consistent performers in recent years following an impressive showing during Euro 2020.

The 27-year-old scored three goals in seven starts, netting the winning goals against Croatia and Czech Republic in the group stages and bagging one against Germany in the knockout stage.

Sterling has averaged 1.5 shots per game for Chelsea in the Premier League this season, and we’re backing the former Manchester City man to test the keeper against Iran.

England vs Iran Betting Pick 3: England to keep a clean sheet @ -180 with BetOnline

At international tournaments, England typically have one of the strongest backlines and didn’t concede an open play goal at Euro 2020 until Giorgio Chiellini’s equaliser in the final.

With the likes of John Stones, Luke Shaw, Kieran Tripper and Kyle Walker commanding the defense with Jordan Pickford in goal, England should be keeping at least one clean sheet in Group B.

With this selection, we’re handing England the benefit of the doubt and expecting the same side will turn up as it did during the Euros and 2018 World Cup in Russia.