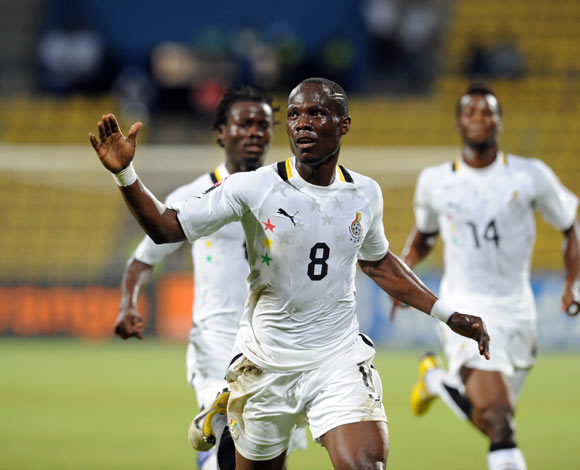 Udinese striker Emmanuel Badu has revealed that he is a Manchester United supporter and wants to play in the Premier League.

The 24-year-midfielder joined Udinese in 2010 and has been one of their key player ever since. During his six years stay at the club, he has made over 100 appearances and has scored nine Serie A goals so far.

He is also a regular member for the Ghana national team, having made 62 appearances for his country since 2008.

Badu has been recently linked with a move to Serie A giants Juventus. He says his first preference is to continue in Italy having been at the country for so long, and therefore would sign for The Old Lady should the opportunity arise.

However, his innermost desire is to play in the Premier League. For mainly two reasons. First, his girl friend, lives in London, and he is eager to join her. Secondly, and most importantly, he claims to be a fan of Manchester United and has expressed his desire to play for the iconic club.

In a recent interview with ll Gazzettino, relayed by Tuttomercatoweb, he revealed his love for Manchester United when asked whether he would like to play in the Premier League:

“The Premier League? I like England and I like English football. I am a fan of Manchester United, where I wish to play.”

Well, Manchester United at the moment is choc-a-bloc with world class midfielders, but with Michael Carrick approaching the apogee of his career, United may look to sign one or two exciting young midfielders. But will Badu be one of them?