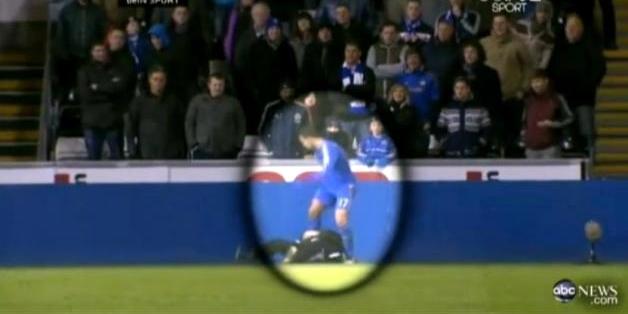 Chelsea midfielder Eden Hazard has been charged by the Football Association with violent conduct for kicking Swansea ball boy Charlie Morgan, during the Capital One Cup semi-final, second leg away to Swansea City on Wednesday.

The 22-year-old faces a three-match ban for his dismissal but the football governing body decided that was clearly insufficient. The FA statement read:

“It is alleged that Hazard’s behaviour in relation to a Swansea City ball boy, for which the player was dismissed in the 78th minute, constituted violent conduct whereby the standard punishment that would otherwise apply was clearly insufficient.

“The player has until 6pm on Tuesday 29 January 2013 to respond to the charge.

“The FA will remind all clubs of their responsibilities in ensuring ball boys and other personnel around the pitch act in an appropriate manner at all times and will liaise with competitions accordingly.”

The incident happened when Hazard was trying to retrieve the ball from under the ball boy and bundled him to the ground in the process.

South Wales Police officers spoke to both Hazard and the ball boy and will be taking no further actions in the matter. Hazard’s case will now be handled by an independent commission and the Belgium international could face a four-match ban if he is found guilty.

Chelsea however are planning to support their player and will be contesting the charge in a series of written submissions. Also, the club will present before FA a new footage from the game, which appears to cast doubts whether the player at all made any contacts with Morgan.

Interim manager Rafael Benitez and Hazard both issued public apology and shook hands with the ball boy after the controversial incident took place in an attempt to bring the matter to a close.

Hazard’s suspension will strike a devastating blow to Chelsea, whose squad has been ravaged by injuries and absence of players due to their participation in the African Cup of Nations.