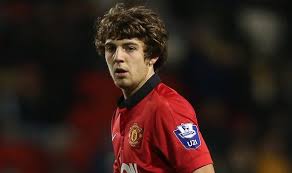 Manchester United on Monday have confirmed their midfielder Ben Pearson have joined Barnsley on a month long loan deal.

“The midfielder, who recently turned 20 years of age, was one of the several bright performers for the Reds Devils’ reserves in July’s friendly at Oakwell.”

“Born in Oldham, he joined United as a 12-year-old and has since progressed to feature for England at Under 18 and Under 19 level, captaining the former on several occasions,” it added.

Meanwhile, Barnsley manager Danny Wilson has expressed his delight after adding Pearson to the League Two side’s squad for a short spell.

“Ben left a lasting impression on us from our friendly in July. He is a very, very good player and will add energy and class to our midfield. I’m delighted Manchester United have allowed us to have Ben on loan,” Wilson said.