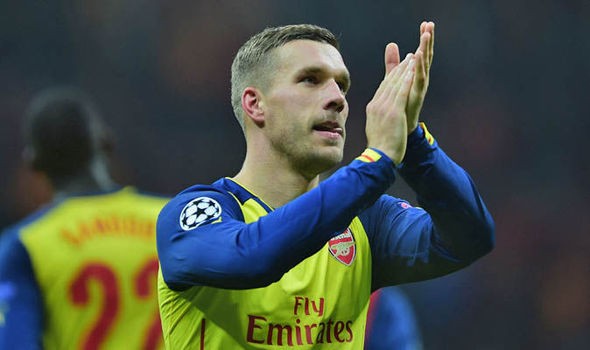 In long-drawn transfer story, Arsenal have agreed to sell striker Lukas Podolski to Galatasaray. In a report by the ever-reliable BILD, the German will join the Turkish champions for €4 million on a three-year deal. 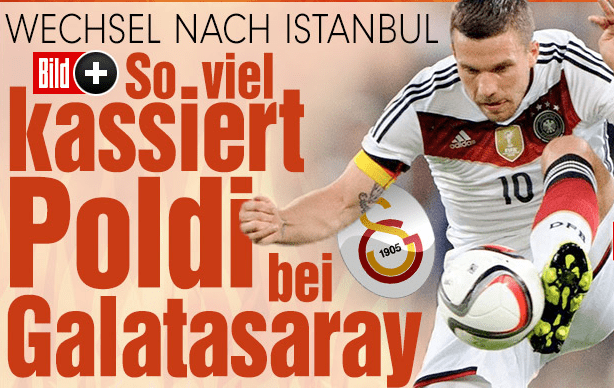 We broke this story last month, when it was first reported by a Turkish newspaper. It was stated then that the move would be completed in a couple of days, but the saga has gone on for much longer than expected. But now, it finally looks like there will be a closure, and the transfer will go forward as expected.

Podolski has been on the fringes at Arsenal for a couple of years now, and was sent on loan to Inter Milan in the second half of last season. But after failing to impress at the San Siro (1 goal in 17 appearances), he was not guaranteed playing time on his return to the Emirates.

Due to his lack of football with the Gunners, Podolski also lost his place in the national side. A player who was once one of the first names on Joachim Loew’s team-sheet didn’t start a single game in Germany’s World Cup-winning campaign in Brazil last year.

Arsene Wenger wanted to keep the striker, but the 30 year-old Podolski knows that he has to be playing week-in, week-out to have any chance of getting back into the reckoning with Germany.

Podolski’s consultant Nassim Touihri told BILD: “We had very good discussions with Wenger. He wanted to keep Luke, but could give him no regular place guarantee. Therefore, we have agreed to a change. ”

It will be interesting to see if Podolski can recover his goalscoring touch with regular playing time. In fact, the striker has never been able to replicate his incredible form with Germany at any of the top clubs he has played for. Galatasaray will be hoping they are the first.