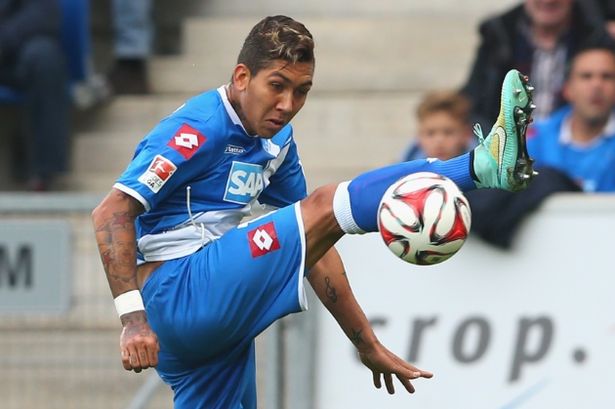 Liverpool have agreed a deal to sign Brazil attacking midfielder Roberto Firmino, the club has confirmed.

#LFC are delighted to announce they have signed Roberto Firmino from Hoffenheim, subject to a medical #FirminoLFC pic.twitter.com/rWRHhTmHuB

The deal is reported to be worth £29m. The 23-year-old Hoffenheim attacking midfielder, who was also a reported target of Manchester United, will sign in the next 24 hours.

Firmino has been offered a five-year-contract and he will become one of the highest paid players at the club.

There could still be hurdles needed to overcome. Firmino would require a work permit and need to pass a routine medical examination before becoming a Liverpool player officially.

Firmino joined Hoffenheim at the start of 2011 having been signed for £3.52m as a 19-year-old. He has scored 48 times in 152 appearances for the Bundesliga side, scoring seven times in the Bundesliga last term.

Liverpool are almost certain to lose Raheem Sterling. Manchester City are preparing a third bid for the England forward, having had two previous bids rejected by Liverpool, who maintain they would sell only if their £50m asking price in met.