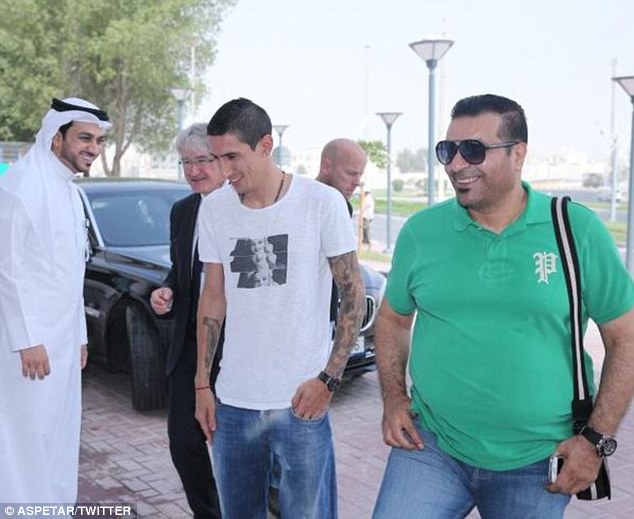 The former Real Madrid man has now signed for PSG and is already eyeing up Champions League glory with his new side.

Di Maria expressed his delight at joining PSG and explained that he is keen to win the Champions league again. The Manchester United winger never really settled into the Premier League and seemed relieved to have secured an exit route.

Di Maria arrived for his medical yesterday and was spotted in Doha.

He told BeIN Sports: ‘I am very happy to join PSG. What I know about PSG is that it is a team that won all the possible trophies in France last season.

‘This is very important for the club. I also know that I want to overcome the obstacle that is the quarter finals of the Champions League. I am going to try to bring the best of my abilities to put myself at the service of this team.

‘We are going to try and go as far as possible in the Champions League.’

Manchester United are now expected to press ahead with the move for Pedro. The Barcelona attacker is keen to join the Old Trafford outfit in search for regular game time.