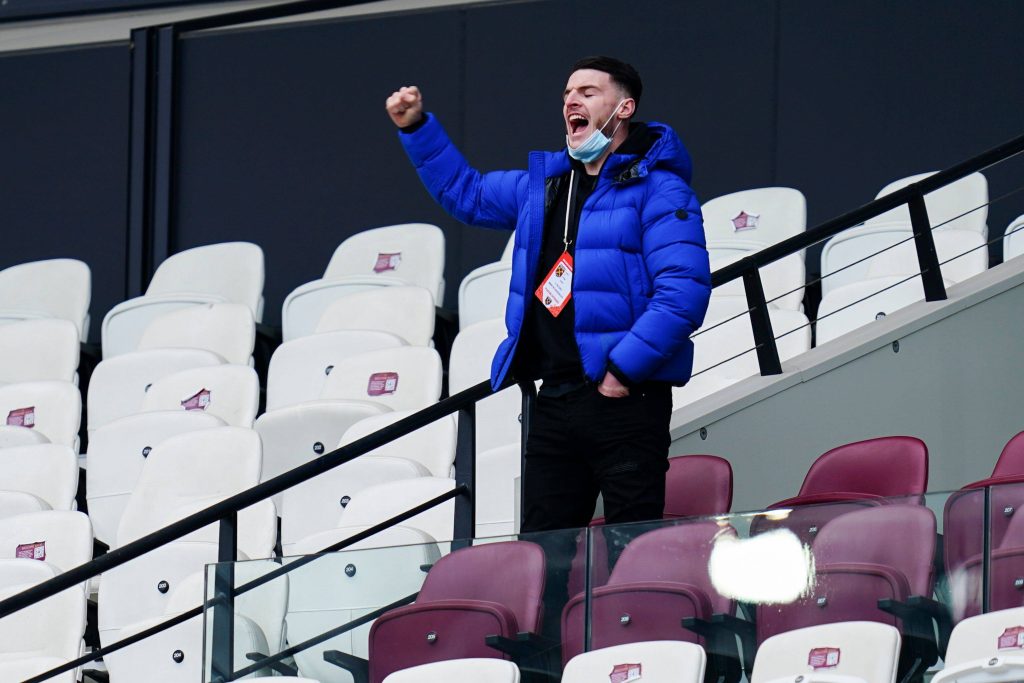 West Ham United picked up an impressive 2-1 win over Burnley away from home in the Premier League last night.

The Hammers made a poor start with Chris Wood put the hosts ahead with a 21st-minute penalty.

However, the Londoners quickly bounced back with a brace from Michail Antonio midway through the first half.

West Ham are still in the race for a top-four finish, with yesterday’s result keeping their Champions League hopes alive for now.

David Moyes’ men were the better team across the ninety minutes and there is no doubt that they deserved to win the game.

Despite being without key players like Declan Rice, the Hammers managed to get the job done in a tricky away game.

The West Ham star has now shared his reaction to his side’s win over Burnley on Twitter. Rice also hailed the performance of 28-year-old Argentine midfielder Manuel Lanzini.

What a performance from the boys last night! Pleasure to watch & I must say Lanziniii😍😍💎 4 MASSIVE games to go, we will give everything❤️ #COYI

The attacking midfielder has started just four Premier League games this season but was handed a surprise start in midfield last night in a deeper role.

Lanzini exceeded expectations with a superb performance. He helped control the game for the Londoners and was equally good with his defensive work.