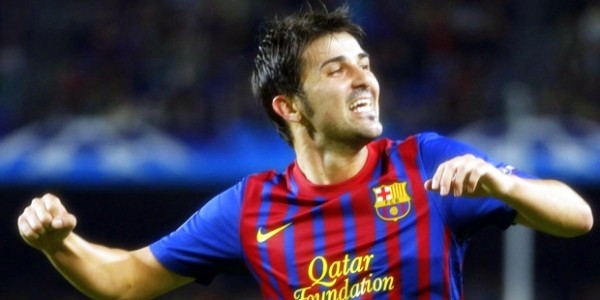 Barcelona star David Villa wants to join Arsenal in the January transfer window but the Catalan giants are standing firm on their ground on their policy of not selling key players in January.

The 31-year-old, who announced the birth of his son only yesterday on Twitter is keen to join the Gunners and according to reputable Spanish sources, has personally called up Arsenal manager Arsene Wenger and fellow compatriot Santi Cazorla to let his feelings know.

Though Villa could engineer a move in the summer, which is very likely, but he wants a move now before the window shuts down.

The Spain international is frustrated with the lack of first team opportunities under new manager Tito Vilanova and desires to play in the Premier League with Arsenal his preferred choice.

Arsenal are equally keen to add El Guaje to their ranks as Wenger is looking to bolster his attacking line-up to successfully challenge for a place in top four. However, the Frenchman recently admitted that the La Liga giants are turning deaf ear regarding this deal and there is virtually no room for any negotiations.

Villa has managed only nineteen appearances this season, eleven of which came as a substitute and found the net only five times. The former Valencia man feels this is the right time for him to move on and get regular first team football.

Barcelona, however, always maintained from the beginning that none of their top players would be sold in January, that includes David Villa as well.

Arsenal share a good working relationship with Barcelona having sold two of their top players – Cesc Fabregas and Alex Song to the club in the last two seasons.

It is understood that the Gunners will make one final bid to tempt Barca chiefs within next 24 hours while rivals Manchester City are also plotting a move for the same player to replace their departing striker Mario Balotelli.