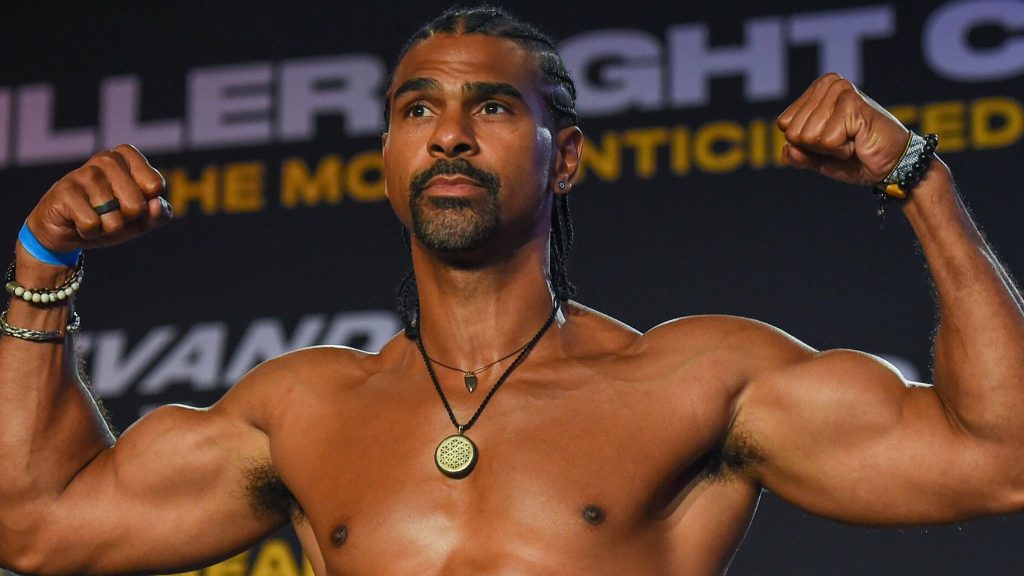 David Haye is back in the ring on Saturday night as he takes on Joe Fournier as part of the Holyfield vs Belfort undercard Get a full preview of the Haye vs Fournier fight, including live streaming information and our exclusive betting tips.

David Haye is back out of retirement for what is a lucrative opportunity to gain some publicity and a nice purse as part of the Evander Holyfield vs Vitor Belfort PPV on Saturday night.

The Hayemaker quit boxing in 2018 after some heavy defeats to Tony Bellew in which the former world champion initially cited injury but then claimed he simply no longer had what it takes to box at the top level.

However, he is not boxing at the top level on Saturday night, fighting English businessman Joe Fournier who is one of Haye’s clients at Hayemaker Productions. The 38-year-old gym owner began boxing in 2015 and has had a series of cherry picked fighters in order to gain a 9-0 professional record, but he’s never faced anyone of note and his most recent fight was on the Jake Paul vs Ben Skrew undercard.

It’s a strange ‘Master vs Apprentice’ fight but if all things are equal then there should be absolutely zero contest between the two fighters, with one a former world heavyweight champion and the other little more than a publicity stunt.

Haye, a former BBC Sports Personality of the Year, wouldn’t be risking his reputation if he didn’t feel he could beat Fournier and this feels like a fight selected to thrust the 40-year-old back into the spotlight, and give him a chance of far bigger events in the future.

Haye vs Fournier is part of the Triller Pay Per View Main Event Card on Saturday night. The fight is scheduled for 2:30am on Sunday morning BST and can be watched either via Pay Per View on Sky or online.

The prelims will kick off at 6 p.m. ET. That part of the card is as follows:

Odds courtesy of BetOnline, who are giving all new players a $1000 welcome bonus when they register an account using the promo code INSIDERS.

David Haye is the better fighter in absolutely every aspect and, unlike some other boxers coming out for a payday, the former world champion does seem to take boxing seriously. He won’t want to embarrass himself and if he’s in anything like good condition then he should make light work of his opponent.

Bet on Haye winning in the first 4 rounds as it really shouldn’t go any longer. If you want bigger odds take the 11/5 on Haye in rounds 1-2.