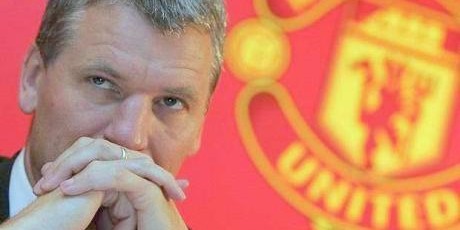 Gill stepped down from his post at Old Trafford in 2013, along with Sir Alex Ferguson, who also decided to end his managerial career in May 2013. City were taken over Sheikh Mansour in 2008.

“If Sheikh Mansour decided he wanted to sell the club tomorrow, what has he left there. In terms of the development of that whole area, it is unbelievable and is great testament to what they have done,” Gill explained.

“Clearly, they have raised their game and it is a very well-run club. They will, without a doubt, be a long-term player and a force to be reckoned with for many years. And I think Manchester United have got to respond to that, as well as other clubs.”

Despite these words about praise for City, Gill admitted the league leaders can never replicate what United have achieved over the years, both on and off the pitch.

“I’m not being arrogant, but Manchester City will never be as big as Manchester United in Asia and certain markets,” the former United CEO said.

“Look at Liverpool, the club haven’t won the league for so many years but they are very popular in Asia. The big teams with history and heritage – Barcelona, Bayern Munich, Juventus and Real Madrid – have that.”