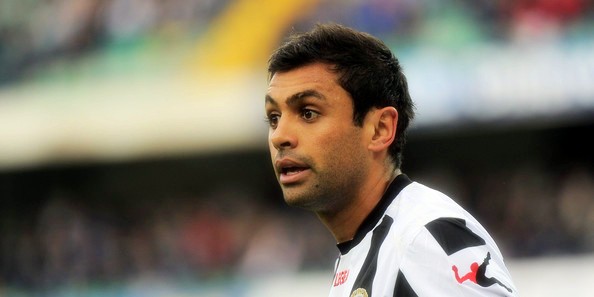 The Sao Paolo Criminal Court has set a high standard for the zero-tolerance policy against racism for FIFA as they sentenced Danilo to a year in jail over racism charges.

The incident happened in 2010 and at the time Danilo was playing for the Brasileirao club Palmeiras. It is also interesting to note that Danilo had moved from Paranaense to Palmeiras at the same time when Manoel was given the promotion from their junior squad. Danilo was then transferred to the Serie A club Udinese in 2011.

However, Danilo was still facing a trial in Brazil as he was caught by a television camera spitting in the face of Manoel and calling him “macaco” – Portuguese for ‘monkey’.

He publicly admitted that he offended and spat at the opponent. Manoel had already reported the incident to the local police.

The Sao Paolo Criminal Court reached a decision on Wednesday and sentenced Danilo to a year in prison. However, the punishment will be reduced to a €127,000 fine on appeal according to ESPN SoccerNet.

Keep in mind, this sentencing has nothing to do with FIFA or the Brazilian Football Confederation, CBF. Racial abuse is illegal and considered a crime in Brazil. And evidently, it is punishable by jail time.

This incident and the subsequent sentencing defines the zero-tolerance policy that FIFA needs to enforce in world football. FIFA does not have the power to send people to jail but a year long unpaid ban from football seems correct.

The incidents where fans racially abuse players – like when recently, Pro Patria fans abused AC Milan’s Kevin-Price Boateng – the fans can be punished by making their club play behind closed doors.