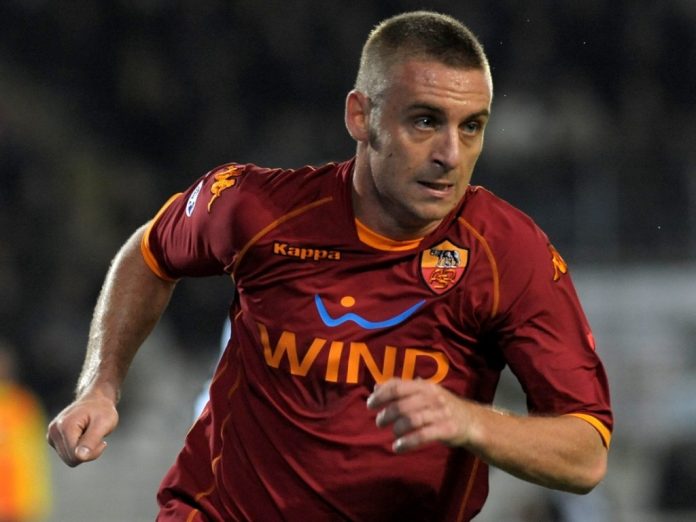 AS Roma midfielder Daniele De Rossi has been linked with a move to the Premier League this summer.

A number of De Rossi’s teammates have publicly stated their desire to keep the long-serving midfielder at the club, and even veteran forward Francesco Totti jokingly joined in on the act on De Rossi’s recent 30th birthday.

‘Best wishes for turning 30 Daniele, even though you are getting old now and are practically finished. It will be best if you give us a present rather than the other way around, so stay here at Roma and we will win something beautiful together.’

While De Rossi’s advancing age makes it unlikely he would ever leave the side he’s been at his whole career, the Italian international does have dreams of winning the Champions League.

Both Manchester City and Chelsea have high hopes of landing the 30-year old, as they have both been in the market for an experienced holding-midfielder.

After Man City’s disappointment of signing Javi Garca to play the role last season, the Citizens are looking to cut their losses and try their hand at a more proven European talent.

Chelsea currently have Michael Essien and John Obi Mikel who can play the holding role, but have admitted every player will be fighting for places next season, and Mikel has been linked with a move away from the London side – with Galatasaray reportedly making an approach for the Nigerian.

De Rossi’s asking price is said to be around £10M. AS Roma are expecting to receive offers in the coming week, but have also stated they have no desire to let him go.