Liverpool striker Daniel Sturridge has said that he is not bothered with other people’s achievement, as he is concerned only on developing his own game instead.

He specifically mentions Tottenham striker Harry Kane, who has scored 26 goals this season, in his interview with Daily Mail writer Oliver Holt. 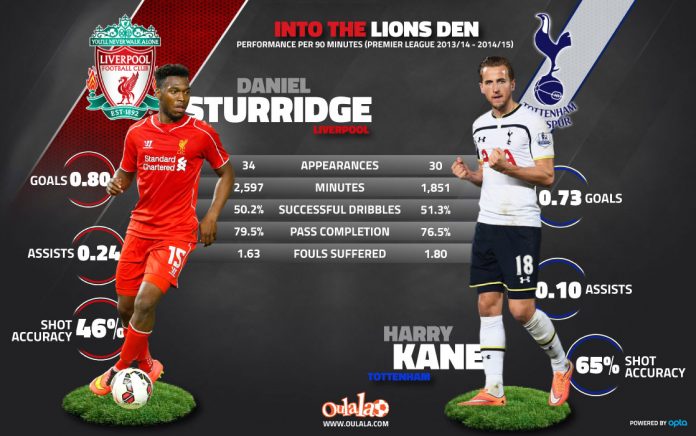 The England striker has congratulated Kane for his outstanding achievement this season but says he is at war with himself and doesn’t watch what others are doing.

‘Why am I watching someone else’s glories and achievements? It doesn’t matter to me who comes around or what players are about. It means nothing to me,” said Sturridge.

“When you watch other people, you don’t get anywhere in life because you are at war with yourself. Well done to Harry Kane and what he has achieved, but I am not watching what he is doing. I just believe in me.”

Sturridge also adds that Liverpool skipper Steven Gerrard is a living legend and words cannot describe what he has done for the club and the players around.