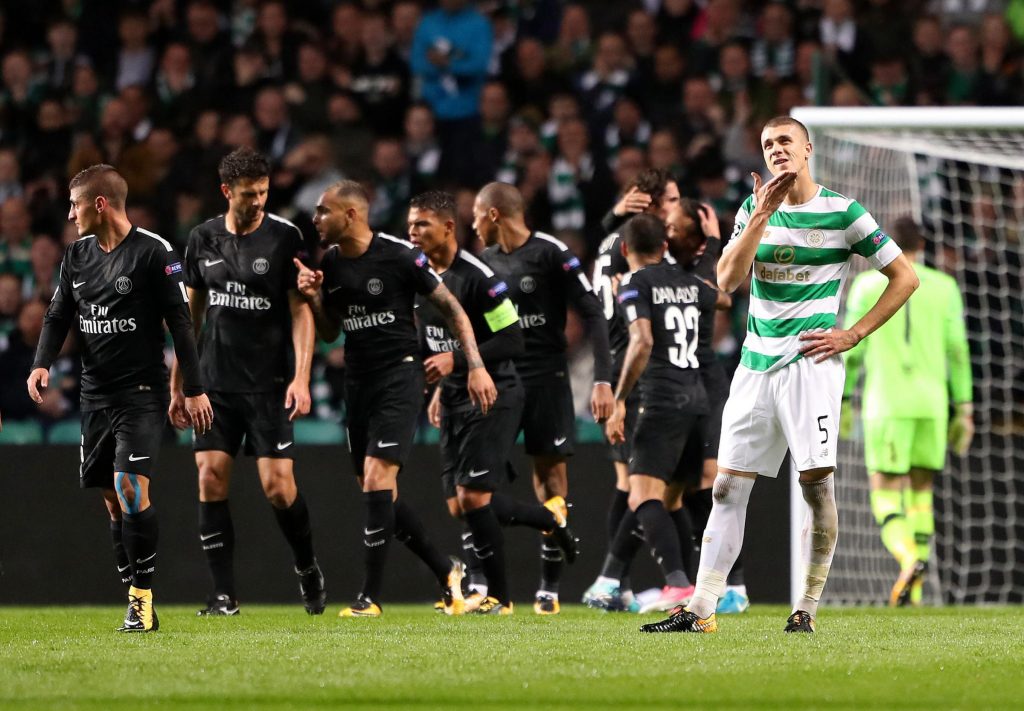 The Parisians thrashed Celtic 5-0 in Glasgow in their group opener and have already qualified for the Round of 16. But fullback Dani Alves has warned the Hoops that PSG will show no mercy when the two sides meet again. PSG have scored 17 goals in four Champions League matches this season while conceding zero.

“There is no chance that we will take it easy on Celtic if that is what they think – the job is not finished yet,” said Alves.

“It is important to keep up momentum but also it is important that we win the group. There is no chance that Celtic can expect an easy game just because we have already qualified.

“The scoreline in Scotland doesn’t mean anything now – it doesn’t mean that it’s an automatic win. That would have hurt Celtic and they won’t want it to happen again.

“But we have seen where we can hurt them and whatever players the coach chooses we know we can cause them problems.”

With Neymar, Edinson Cavani and Kylian Mbappe in attack, PSG remain one of the hot favourites to win the Champions League this season. The club’s only European trophy came in 1996 when they won the UEFA Cup Winners’ Cup, coincidentally beating Celtic along the way to the final.