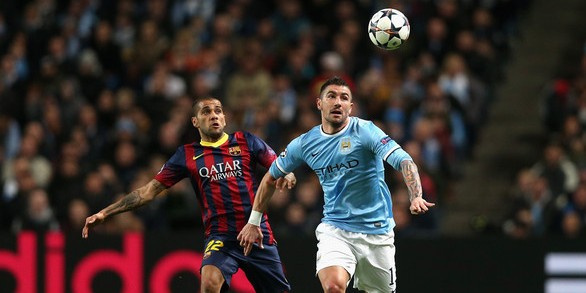 The 31-year-old is out of contract at the end of the season, and so far has yet to agree to a new deal at the Catalan club.

The former Sevilla defender has played more than 250 times for Barcelona and has been heavily linked with Liverpool and Manchester United.

“He is an important player who contributes a lot,” said club president Josep Maria Bartomeu, as quoted by BBC.

“I hope he renews. We have asked him to and we’re discussing it.

“I know he’d like to stay and Barca want him to stay.”

Alves has made over 40 appearances for Barcelona this season and could end up winning the treble, as the Catalan giants chase the La Liga, the Champions League and the Copa Del Rey.

Alves would be a good signing for both Manchester United and Liverpool, considering he would join on a free transfer, but it seems, Barcelona are trying hard to convince him to sign a new deal to fend off interests from European big clubs.