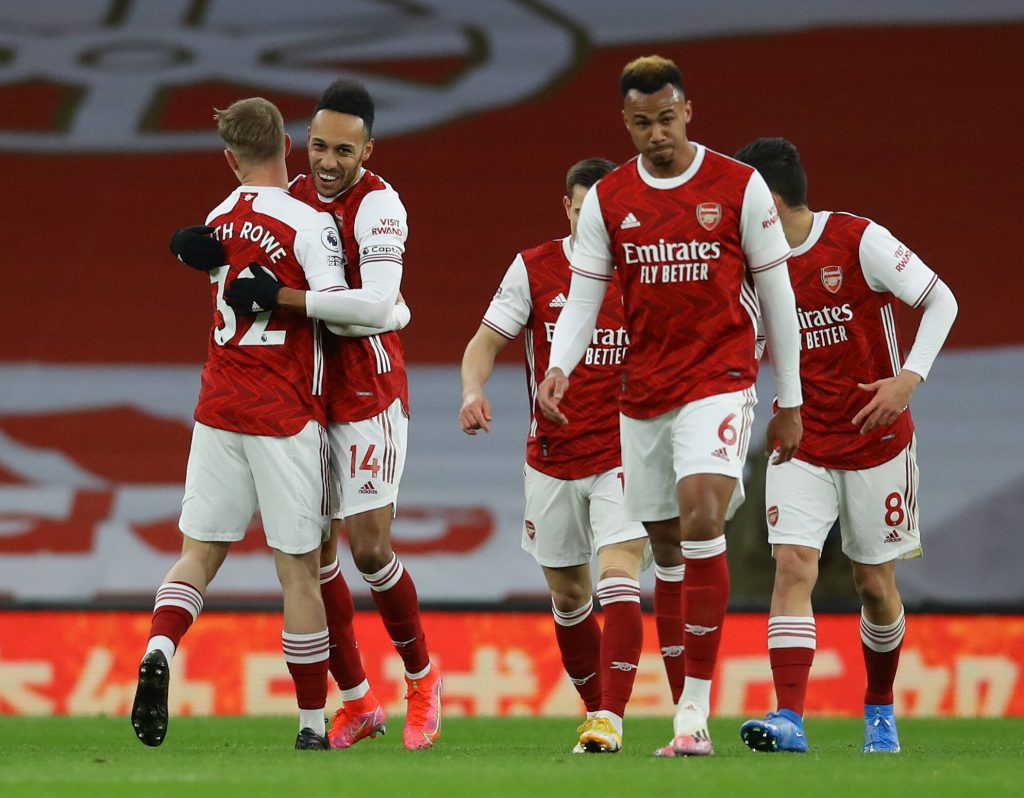 Crystal Palace and Arsenal will go head-to-head at Selhurst Park in an all-London Premier League match-up on Wednesday.

Coming into this matchday, Palace performed a stunning late comeback to beat Aston Villa 3-2 at home despite falling behind twice in the first half.

But even if they manage to win their remaining two Premier League fixtures, the Eagles will finish in the bottom half of the table for the sixth season running.

By contrast, after guiding his side to three consecutive Premier League victories, Mikel Arteta is looking to win four in a row for the first time since taking over the reins in December 2019.

Emile Smith Rowe took advantage of Jorginho’s dreadful back pass to give the Gunners a 1-0 win over Chelsea at Stamford Bridge last time out, helping his side do a league double over cross-city rivals for the first time in 17 years.

Given Arsenal’s Premier League wobble in the post-Arsene Wenger era, it is no surprise that they have failed to beat a stubborn Palace side in their last five top-flight meetings (D4, L1).

The last time the Gunners won a league match against Palace was in January 2018, as Wenger led his team to a 4-1 triumph at the Emirates Stadium.

Selhurst Park is where the Eagles have had problems beating their London rivals, having come out victorious in just one of their last 15 league head-to-head encounters held at this venue (D7, L7).

However, there has been plenty of action in the recent Premier League clashes between Palace and Arsenal at Selhurst Park as four of the last six have seen 3+ goals and both teams scoring.

Palace have yet to lose their final home league match in their 11 previous Premier League seasons, winning eight and drawing three.

Only relegated Fulham have amassed fewer points from the Premier League London derbies this term than Palace.

Roy Hodgson’s men have won just one of their nine such fixtures this season (D4, L4), courtesy of a 2-1 victory at Craven Cottage in late October.

Hodgson himself has picked up a single win in his 11 home league encounters with Arsenal (D4, L6), with his lone success dating back to August 2008.

Arsenal have racked up three consecutive away Premier League wins by an aggregate score of 6-0 and are looking to set a new club record here, having never won four in a row without conceding.

Particularly vulnerable before half-time, Arteta’s players have registered a clear majority (88.24%) of their total Premier League goals conceded on the road this season in the first half of play (15/17).

The Gunners have been impressive in their recent London derbies in the top-flight, having avoided defeat in each of the last six (W3, D3) since a 2-0 loss to Tottenham Hotspur on December 6.

Christian Benteke has been Palace’s ‘X’ Factor in the recent period. The Belgian striker has scored in his last three Premier League appearances, getting on the scoresheet before half-time on each occasion.

Smith Rowe has hit the net in back-to-back Premier League outings and could become the first U-21 Arsenal player to score in three successive league games since Cesc Fabregas in 2007.

Palace have scored in each of their previous six home Premier League matches against Arsenal, netting at least twice in three of the last four.

Additionally, before being held to a goalless stalemate in the reverse fixture, the Eagles have averaged 2.00 goals per game across their previous seven league clashes against the Gunners.

Arsenal have scored at least two goals in two of their last three Premier League visits to Selhurst Park, which has been the case in five of their last seven away matches in all competitions.

With nothing but faint hopes of securing a top-seven finish this season, the Gunners should go on an all-out attack on Wednesday to try to give their fans something to cheer for.