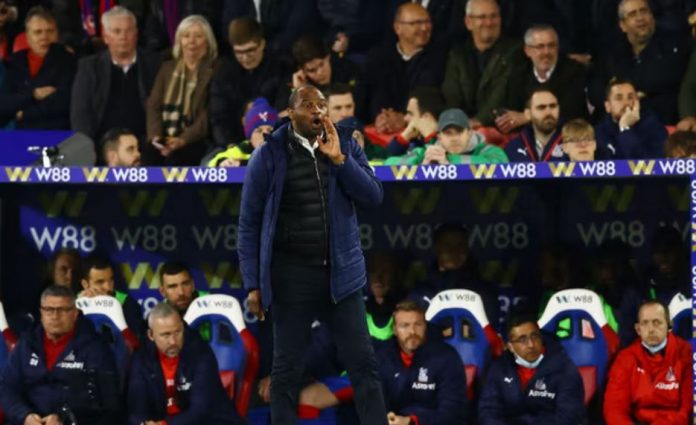 Leicester City and Crystal Palace will face off at the King Power Stadium, with neither team in the Premier League having anything to play for.

Patrick Vieira, unlike his Leicester City counterpart, does not have to worry about European competition and will very definitely face a team similar to the one that defeated Arsenal. Nathan Ferguson’s recuperation has hit a snag, and he’ll be out for the foreseeable future.

Michael Olise appears to have overcome a foot ailment, as seen by his appearance in training photos. The 20-year-old should be available for selection, but Vieira may be hesitant to use him right away. Even if he is totally fit, removing Jordan Ayew, who scored against Arsenal on Monday, would be unfair.

Moreover, the central defensive line of Joachim Andersen and Marc Guehi may remain intact from Monday’s lineup. The central midfield will be made up of Cheikhou Kouyate, Jeffrey Schlupp, and Conor Gallagher.

Wilfried Zaha, who had a fantastic game on Monday, will continue to lead the Crystal Palace assault from the left flank, with Jean-Philippe Mateta and Andre Ayew providing assistance in the front three.