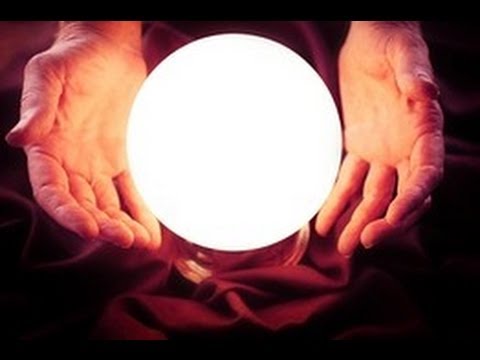 With the brand new Barclays Premier League season about to kick off in less than a weeks’ time, let us pull the curtain of a crazy and silly season, by doing something silly of course. And what’s sillier than keeping our eyes fixed, gazing at crystal balls – Ah, football without conjecture is simply meaningless.

Without further adieu, here’s my two-penny worth predictions. Without getting too serious, let’s just take it as pure fun.

On pen and paper, they have the look of the best team in the league and can certainly go all the way to the end, with Chelsea and Manchester United just falling short in the title chase.

Those who haven’t learnt by now that never-ever-ever-never doubt Arsene Wenger, I pity for them. It has come to this point, especially after what happened last season, where people have got used to this. No matter how they start, where they are at mid-of-the-season, they will find somehow a way to get back into top four.

Liverpool will progress, but won’t be enough to qualify for the top four. High hopes on the blue half of Merseyside as well.

Expect of all them to go down, but before you go, give us please the enjoyment of life-time. Especially, Cardiff-Swansea is the clash; fans are all eagerly waiting for.

How the Dutchman escaped major injuries in the past two seasons is beyond mystery. If he stays fit, others can simply forget about catching him.

Player of the Year: Juan Mata

It is safe to go with Mata than with Gareth Bale or Luis Suarez at the moment, whose futures are really uncertain. The Spaniard was sensational last season and would take his game to a new level under Jose Mourinho.

The 21-year-old made a huge impact last season and one expect him to carry on his impressive form and might earn a call-up for the national team as well. Stop giggling, laugh at your own peril.

The Belgian was outstanding for Aston Villa last season. But, as often with many other youngsters, second season syndrome takes its own effect and Benteke (with more added pressure) might become a victim of it.

A cracker of a player! This scatterbrained yours truly wrote some pieces on him, eulogizing to a great extent. Really, class apart!

Both the strikers have proved their mettle in their respective leagues. Both Spurs and Swansea have paid huge sums of money for them and both are excellent signings for their club.

Breakthrough of the season: Wilfried Zaha

The signs were there in the pre-season. With Nani, Valencia and Young not exuding enough confidence, David Moyes might put his punt on the youngster to do the job for him. Zaha could really mature as a top winger, if he gets regular opportunities.

First manager to get the boot: Alan Pardew

If Newcastle start the season badly, then heaven’s forbid Joe Kienaar will go mad and will start firing (give him Ashley Cole’s gun) everyone. Who is first in his hit-list?

Climax of the Season

Jose Mourinho and Andre Villas-Boas hugging each other, shaking hands for eternity, whispering in ears, kissing on cheeks may be, in the tunnel at White Hart Lane.

Anti Climax of the season

Arsenal fans preparing to boo Suarez (provided they don’t get him) who on seeing this reaction bites Wilshere’s arm to end all his hopes of securing a move to anywhere on this world, except his native land of course, where all his sins will go through purgation.

Surprising moment of the season

Ashley Young and Tomas Rosicky going for a 50-50 challenge, and after a smacking collision, both remain steady and unharmed. Rare sight!

Article of the Season

Joey Barton writing a blog – “How to stay away from Controversy”. And he changes his guru from Friedrich Nietzsche to Jean Baudrillard and start posting intellectual and obscure tweets.

Lionel Messi one fine morning gets determined to prove Andy Gray wrong that he-can-still-play-on-cold-winter-night-at-Stoke and packs his bag and joins a Premier League club. Guess who that club will be?