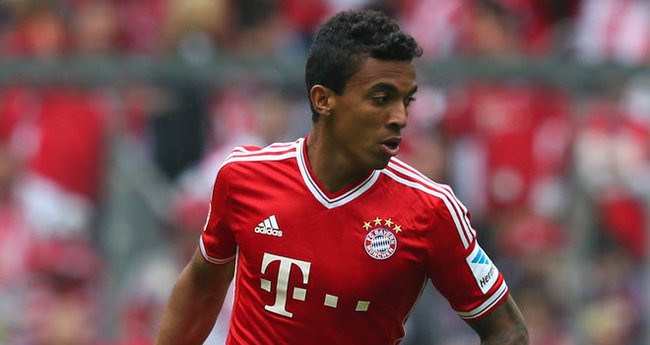 Bayern Munich midfielder Luiz Gustavo was told he could exit the German Bundesliga side earlier this summer.

As expected, a number of sides around Europe had enquired about his services, with Bayern weighing up potential bids for the Brazilian international.

Premier League side Arsenal have recently emerged favourites to procure his signature, but there was no official word from the camp to suggest they were in pole position to bring the midfielder to the Emirates days ago.

The Gunners were previously rumoured to have made a bid, but sources close to the player had suggested it was mere speculation, and that Luis Gustavo had received no interest from the London side.

However, with a few days to go until the 2013/14 Premier League season, Arsenal could now be wrapping up their first big signing of the summer if they can agree personal terms with the 26-year old.

‘I have heard about the Arsenal interest. It’s a big club we’re talking about here so of course I’d like to play for them. Arsenal play a very attractive brand of football and are in the Champions League. They also have a very clever manager in Arsene Wenger.’ – Luiz Gustavo.

The midfielder added how regular first-team football was crucial should he leave the treble-winners this summer – after making only 16 starts with Bayern in the league.

A £17M transfer fee has reportedly been agreed between both sides, which now leaves the door open for Arsenal to thrash out personal terms for the Brazilian.

With Arsenal having been in desperate need for a holding-midfielder, many feel Gustavo is a perfect candidate to fill the void. After the Gunners lost out on former Toulouse midfielder Etienne Capoue to fierce rivals Tottenham Hotspur, manager Arsene Wenger has been fighting tooth and nail to bring the highly-rated midfielder to Arsenal for the new season.