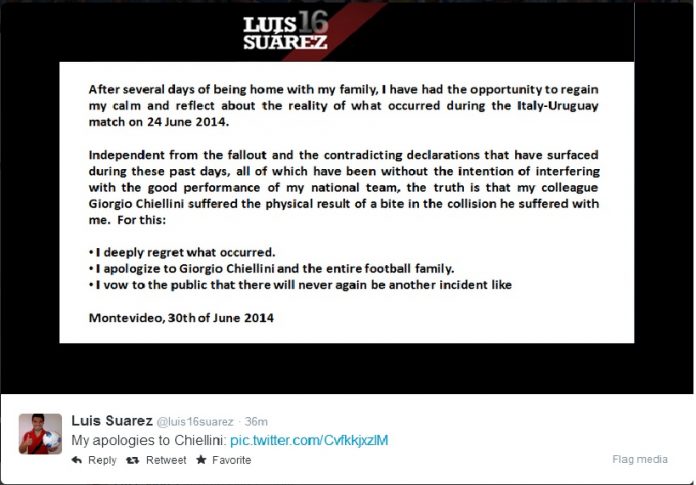 Liverpool striker Luis Suarez has issued a public apology for the bite incident during Uruguay’s 1-0 clash against Italy.

The former Ajax man was involved in an incident where he was found digging his teeth into Giorgio Chiellini’s shoulders for which the Uruguayan international received a four-month ban from total football.

My apologies to Chiellini: pic.twitter.com/CvfkkjxzlM

The statement read,” Independent from the fallout and the contradicting declarations that have surfaced during these past days, all of which have been without the intention of interfering with the good performance of my national team, the truth is that my colleague Giorgio Chillieni suffered the physical result of a bite in the collision he suffered with me.

“For this: – I deeply regret what occurred.

– I apologise to Giorgio Chiellini and the entire football family.

‘- I vow to the public that there will never be another incident like.”