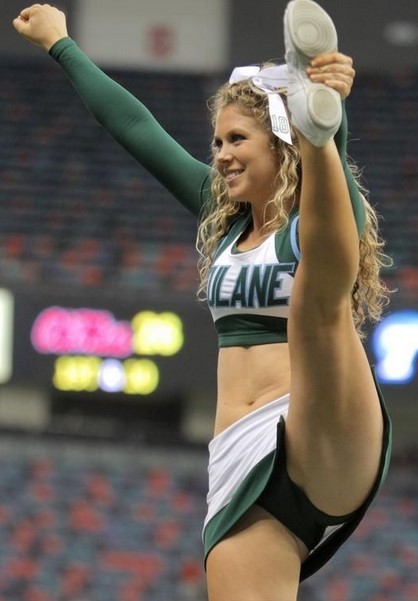 This Thursday night, Tulane will look to get back on track after their loss to UCF on Saturday. The SMU Mustangs will be in town, looking to knock the Green Wave down a peg or two in an intriguing college football encounter. Here, we take a closer look at the odds including the spread and lines while offering our best bets, picks and predictions on the week 12 NCAAF clash.

SMU’s hot offense to face off against the Green Wave

The sportsbooks believe they should be right back to winning ways. The oddsmakers at Bovada make Tulane odds on favorites with a moneyline price of -165. The Green Wave are 3.5-point favorites on the spread and the game has a total points line of 65.

SMU have proven to be no pushovers though and are on the back of a three-game winning streak of their own. In that span they have averaged over 54 points per game on offense.

While the SMU Mustangs offense has been hot over the past few weeks, Tulane will believe they can extinguish the flames.

Tulane has been playing some good defense this season and will look to continue that trend on Thursday. But it sets up for an exciting contest.

SMU will be entering the game without their starting running back Tre Siggers. However, backup Camar Wheaton is an Alabama transfer. Alabama does not do bad running backs. On the season so far, he has averaged a crisp six yards per carry, and he went for 112 yards while grabbing his first two touchdowns in college football last weekend.

He might have big holes to go through too, because on the right hand side of the offensive line, there is a big matchup issue for Tulane. Last time out they let UCF go for 6.5 yards per carry and they could be in danger again on Thursday evening.

In the passing game, Tulane allows just 175 yards passing yards per game. That is good enough for seventh in college football. However, after a look at the individual matchups, SMU is in a good spot.

Rashee Rice is a phenomenon and there is nobody on this defense to guard him. In Tanner Mordecai, he has a quarterback that can find him in space and cause problems all night.

While this looked all setup for an easy Tulane night, a deeper dive should have SMU fans confident they can score and move the ball at will.

Any which way Tulane attacks them should lead to yards and points.

They give up 5.1 yards per carry and running back Tyjae Spears will take advantage of that. He goes at 6.2 yards per rush and already has 10 touchdowns this year. Another big night is likely in store for him.

Tyjae Spears is a name that you must be tracking now if you’re not already.

Explosive runner who is an effective receiver and he CAN BLOCK – a rare combination at his 5086/195 lbs frame.

Tulane has a legitimate shot at the Cotton Bowl, and Spears is a big reason why. pic.twitter.com/MnKSFWLSQD

Quarterback Michael Pratt will also look to have a good night. All his receivers are in neutral or good matchups and he has the ability to pick them out.

Everything sets up here for a bit of a Thursday night shootout and our picks will be based on that.