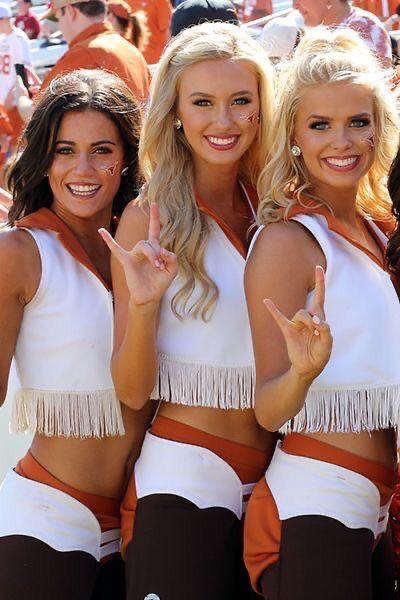 There will be no love lost on Saturday when Texas takes on Oklahoma in the Red River Rivalry. Unusually, for this game neither team is ranked, but that doesn’t mean there’s anything less at stake when the two storied schools square off. Here, we take a look at the odds for the Red River Showdown and give our predictions and picks for one of the biggest games in week six of college football.

It is one of the biggest rivalries in college football and has produced some iconic moments in the past. The Red River Showdown is a game you probably don’t want to miss this Saturday.

Despite neither team being ranked, the football on display will still likely be electric and intense. With a total points line of 65.5, the oddsmakers are seeing this as a potential shootout. Additionally, they make Texas a touchdown favorite. Can the Sooners defy the odds and take down the Longhorns on neutral territory in this week six college football encounter?

Oklahoma are coming in to this one off the back of a beatdown by TCU. Another performance similar to that one and head coach Brent Venables will be facing some tough questions.

Texas head coach Steve Sarkisian has a tough question before the game even begins. He has to decide whether Quinn Ewers or Hudson Card will start at quarterback. Ewers started the first two games and was in fine fettle against Alabama before getting injured. Card has been an able replacement this far but Sarkisian is reluctant to say who will get the nod under center on Saturday.

Texas have been up and down like a man with a lame leg so far this year. They came within a last gasp field goal of beating number one ranked Alabama in week two. But they also lost a close one to Texas Tech in week four in a game where they were a touchdown favorite.

This game sets up to be a cracker, so let us take a closer look.

This game could be decided by the Texas Longhorns running game. Oklahoma are giving up 5.9 yards per carry in their last three games. And Texas running back Bijan Robinson is beasting this season.

He’s going at nearly 6.5 yards per carry and has eight touchdowns in just five games. He can make it so it doesn’t matter who starts at quarterback for the Longhorns this Saturday. He is doing so in spite of his offensive line not because of them. However, they should be able to cope with this Sooners defensive line in what looks like a neutral matchup in the trenches.

Oklahoma has a running back of their own that cause mayhem in Eric Gray. However, this Longhorns defense does a far better job of defending the run that their opponents. Additionally, they are improving on it as the season goes on.

Sooners QB Dillon Gabriel will likely need to beat this Texas team with his arm. The question is if that is possible or not. It’s a tough matchup for the Oklahoma wideouts. This again appears like a neutral matchup and possible even just favors Texas.

We are not convinced that Oklahoma will keep up the scoring pace with Texas. It may not be as much of a shootout as the oddsmakers suggest and could be one way traffic.

What are the predictions and picks?

Our picks for this game are: