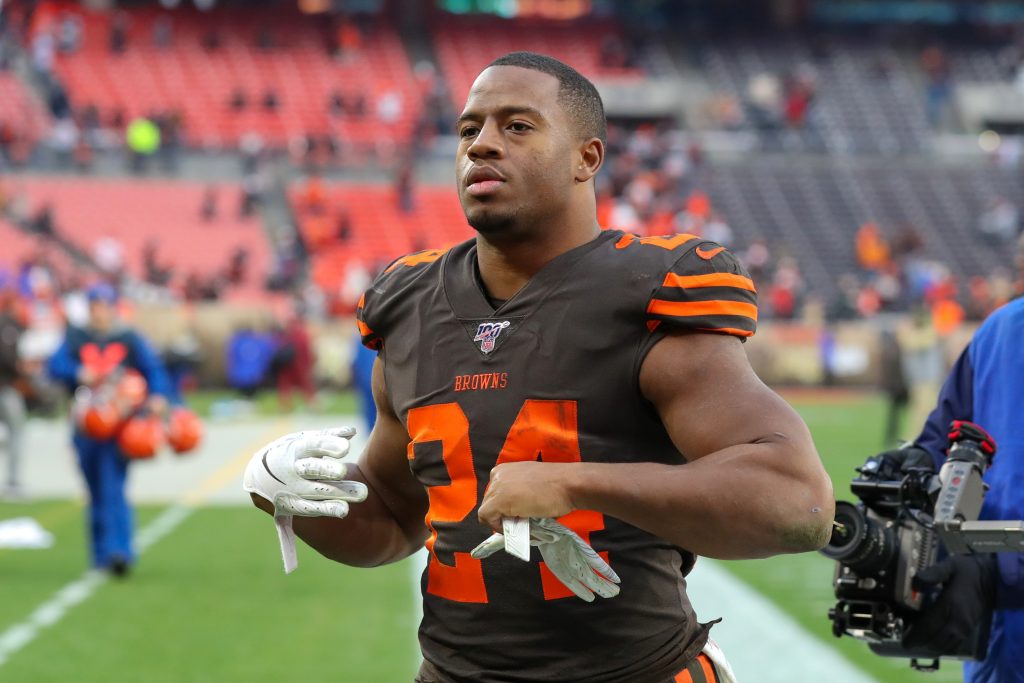 We have a non-conference battle on Sunday when the Cleveland Browns meet the Atlanta Falcons. We have three plays you can use towards a Single Game Parlay at Betonline and our three picks with a $1000 free bet would net you $6872.43.

The Browns are off to a 2-1 start but defensive lineman Myles Garrett was involved in an automobile accident and listed as doubtful, a Browns offense scoring 28 points per game will need to step up big time.

The Falcons rushing defense allows 108 yards per game and that suggests Browns RB Nick Chubb could have a huge day, providing that a number of starting offensive lineman get cleared from the injury report.

Atlanta has been a pleasant surprise offensively and that offense should see a boost with Garrett as well as a number of Browns defensive players on the injury report.

We’ve already mentioned the importance of Chubb, but Browns QB Jacoby Brissett has been more than adequate, throwing for 596 yards and four TD’s. Brissett and WR Amari Cooper have hooked up for a couple of scoring strikes, and they face a Falcons defense allowing 2.3 TD passes per contest. That should make up for what will be a Browns shaky defense, and Cleveland will outscore Atlanta on Sunday.

For Cleveland to win, they’ll have to outscore Atlanta, and that won’t be as easy  as it looks on paper. Falcons QB Marcus Mariota has thrown for 640 yards with a trio of TD’s, and he faces a depleted Browns defense, allowing 1.7 TD passes and 24 points per game when relatively healthy.