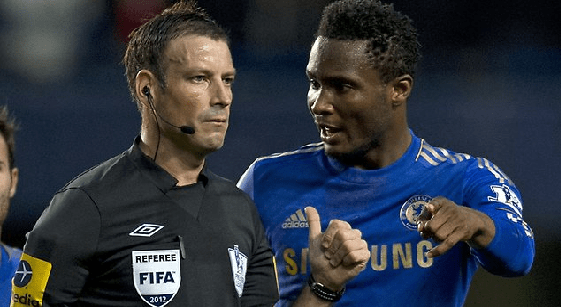 Mark Clattenburg has been cleared by the police and the Football Association of making inappropriate comments to Chelsea players during the Premier League match against Manchester United.

Chelsea claimed that the referee had racially abused two of their players through verbal comments during the 3-2 defeat. The police dropped their investigation due to a lack of evidence and the FA have cleared the official along the same lines. It appears that the Chelsea claims were fundamentally flawed.

Add this with the media interest surrounding the story and Clattenburg will now never be able to move on from the whole affair. The mass media coverage ensured that fans will remember the incident for as long as Clattenburg is allowed to be a top level referee.

What it means is that a fair and high quality match official has had his reputation permanently tarnished by the incident. It doesn’t matter if he referees a Premier League game perfectly, he is going to be under the magnifying glass and he will be the subject of constant verbal abuse from fans up and down the country.

The union for referees Prospect is now demanding an apology from the West London club over the incident which is yet to be made. Even if this apology is made in a very public and detailed way, it will still mean that Clattenburg is verbally abused in any match he takes charge of at Stamford Bridge or involving Chelsea.

We should be able to move on from this incident but the current debate about racism in football rolls in on what seems like a weekly basis. It would be a shame if Clattenburg is forced out of the game this season or in any of the next few seasons because he is not a bad official.

It seems that all that happened was a non-English native player misheard something the referee said to John Obi Mikel, not surprising considering that half of the Chelsea team can’t speak English. Something so simple has now had a derogatory and lasting impact on the career of one of England’s best officials.

Prospect have now launched the process to sue Chelsea on behalf of the official.