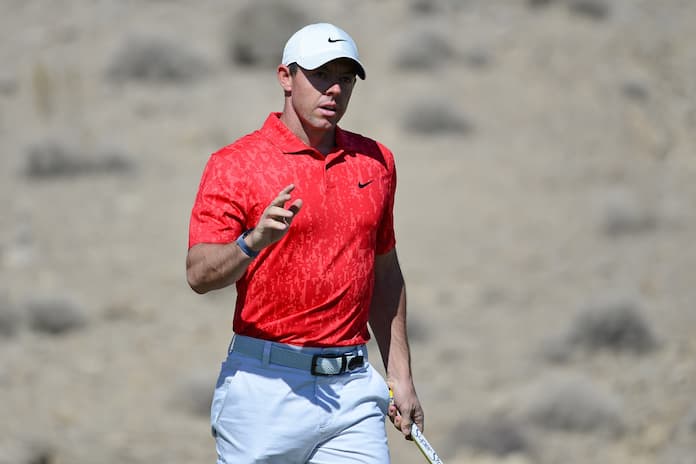 After correctly predicting that Brooks Koepka would win LIV Jeddah last week at a price of +2000, we are back this week with more golf betting tips for the CJ Cup on the PGA Tour.

Some huge names in the world of golf travel to Gillisonville looking to claim victory on American soil. The PGA Tour is back up and running, with the field’s gradually picking up again ahead of the new season. Look no further, as we have some excellent betting picks and promos for you on this page!

After the Zozo Championship last week, the PGA Tour is back on the road, so who will be victorious after 72 holes comes Sunday afternoon this week in South Carolina? So without further ado, here are our CJ Cup betting picks and as we bid to predict the winner this week from Congaree Golf Club, Gillisonville, South Carolina, USA.

After a compelling Zozo Championship last week at Accordia Golf Narashino Country Club, this week is the turn of the 2022 CJ Cup. Some of the world’s best golfers are in action, looking to win this stellar event. Golf in the United States is always a delight, so this week should be another thrilling one on the PGA Tour.

The CJ Cup field will be hopeful of hitting their best form this week, looking to win a sizable share of the $10,500,000 prize pot. This is gradually becoming a bigger tournament each year on the Tour, and certainly one that attracts big crowds, a sizable prize pot and a stellar field of golfing talent.

Some notable names from the golfing world such as Jordan Spieth, Rory McIlroy, Jon Rahm and Xander Schauffele are in action, looking to lift the trophy come late afternoon on Sunday.

Last year, Rory McIlroy triumphed as he fended off Collin Morikawa finishing on -25 par, one shot ahead after 72 holes. McIlroy comes to Congaree this week aiming to defend his 2021 title, and is priced at +700 with Bovada to walk away victorious once again in this tournament.

Taking a look at the course itself, Congaree Golf Club at is a quite exquisite golf course. It is at the most southern point of South Carolina, and is certainly a delightful golf course to play on. It is a par 71 and 7,685 yards in length. The course has some stunning scenery, including tremendous fairways and sloping greens, as well as a few treacherous water hazards.

Without further ado, here is who we think has the best chance of winning and giving us a good each-way run at the 2022 CJ Cup event this week from Congaree Golf Club, Gillisonville, South Carolina, USA.

Our first selection and best bet to win the 2022 CJ Cup this week from South Carolina, is the former world number one and three-time major champion, Jordan Spieth.

Spieth comes here after a strong showing on the PGA Tour last season. The 29-year-old won the RBC Heritage last season after defeating Patrick Cantlay in a play-off. It’s safe to say Spieth is back to near his very best, and is a force to be reckoned with again on the PGA Tour.

Spieth had had several problems with his game for a year or two, but has put that behind him and is back in some of the best form of his career. At one stage, Spieth was head and shoulders above everyone else in the world of golf, and is heading back in that trajectory.

Most recently, Spieth won every match at the Presidents Cup, going 5-0-0 and claiming the most points for anyone in Team USA. When he is on song, Spieth is a joy to watch. If he can get the driver going this week and hit the fairway regularly, he will be there or there abouts come Sunday.

He is in exceptional form and currently ranked at number 13 in the Official World Golf Rankings. No wonder he is amongst the betting favorites this week and is therefore our best bet of the tournament.

Certainly one of the leading market contenders at a great price of +2500 with Bovada.

Our each-way selection this week at the CJ Cup is the two time-major champion and young American golfing star, Collin Morikawa.

Morikawa is arguably the most consistent player on the PGA tour. When at his best, Morikawa doesn’t miss a fairway, and holes lots of eagle and birdie putts. Morikawa is widely regarded as the best iron player in the world, so if he can bring that form to South Carolina this week, he will be there or there abouts come Sunday.

Despite just being 25-years-old, Morikawa has already won two major championships as well a winning the Race To Dubai in 2021. Morikawa climbed as high as number two in the world rankings at one stage last season, but currently sits at world ranked number nine.

On his day, Morikawa is untouchable. If he can rediscover his best form this week, a price of +3000 is far too generous for someone of the talent and skillset that Colin Morikawa possesses.

A really consistent player who doesn’t seem to make too many costly mistakes. Comes here in decent form after a winning record at the Presidents Cup. Certainly a great each-way shout at a magnificent price of +3000 with Bovada.

Although Spieth and Morikawa are our biggest fancies for potential success this week, here are some other notable players who we think have a good chance at a great price: