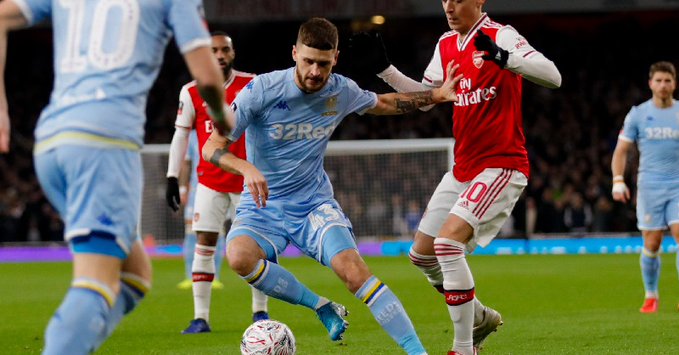 Leeds United were eliminated from the third round of the FA Cup after they lost 1-0 against Arsenal on Monday night at the Emirates Stadium.

The Yorkshire club were impressive in the first half with Patrick Bamford hitting the bar with one of United’s 15 first-half efforts. Arsenal dominated the second half and got the goal through Reiss Nelson in the 55th minute.

Former Celtic striker turned popular football pundit Chris Sutton took to social networking site Twitter to express his reaction after the game. He was impressed with Marcelo Bielsa’s side, and said they would be a great addition to the Premier League next season.

Leeds are at the top of the Championship table at the moment, and are firm favourites to secure automatic promotion to the Premier League next season.

It’s been a long time since Leeds were out of the Premier League. Traditionally, they are one of the biggest clubs in England with a passionate fan base. Having lost in the play-offs last season, Leeds must ensure they don’t collapse at this crucial stage of the season.