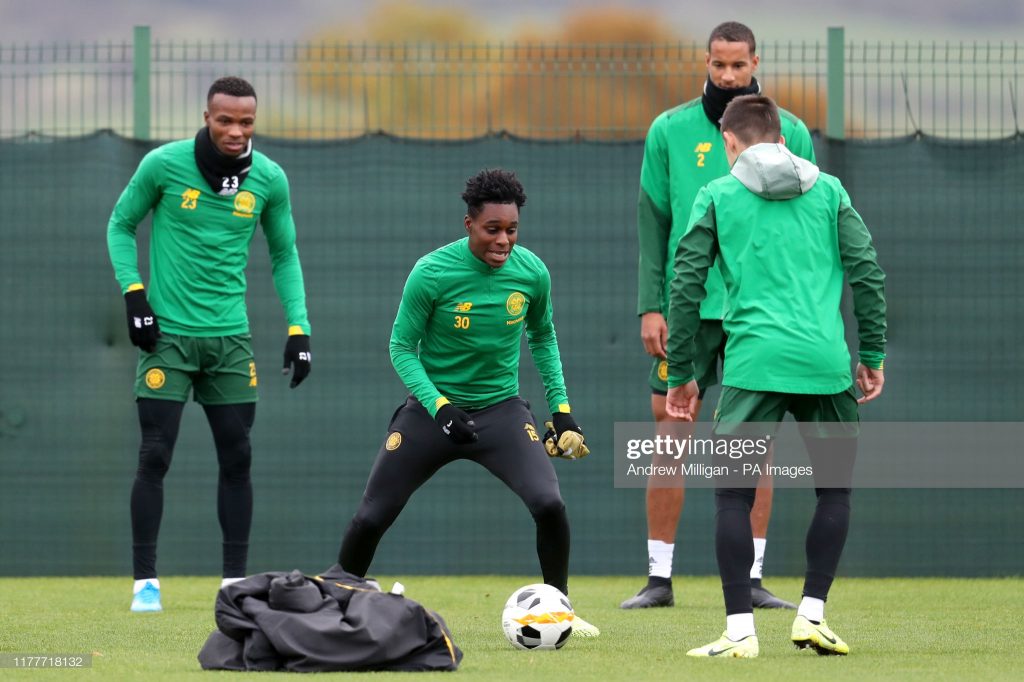 Celtic handed Aberdeen a 4-0 drubbing at Pittodrie on Sunday, with all goals coming in the opening 45 minutes of the game.

The result ensured the Hoops maintained their lead at the top of the Scottish Premiership table and manager Neil Lennon will be pleased with the manner with which his men secured such the empathic victory.

It was Celtic’s biggest win at Pittodrie in 11 years, with goals from Odsonne Edouard, Jeremie Frimpong, James Forrest and Mohamed Elyounoussi getting the job done.

The Hoops remain top of the table on goal difference, three ahead of Rangers, and will fancy their chances of making it nine consecutive Premiership title this term.

Celtic right-back Frimpong put in a man-of-the-match performance with an assist and goal in what was his second league start since his arrival from England during the summer transfer window, and he constantly gave Andrew Considine nightmares driving down the wing while also defending well.

The former Manchester City youth player is proving to be more than just a long-term investment and potential first-teamer, but is now without a doubt a key member of the squad and second-choice in the position.

An elated Frimpong couldn’t contain his excitement during his post-match interview, and the raw emotions he displayed impressed Celtic legend Chris Sutton who reacted on Twitter thus: