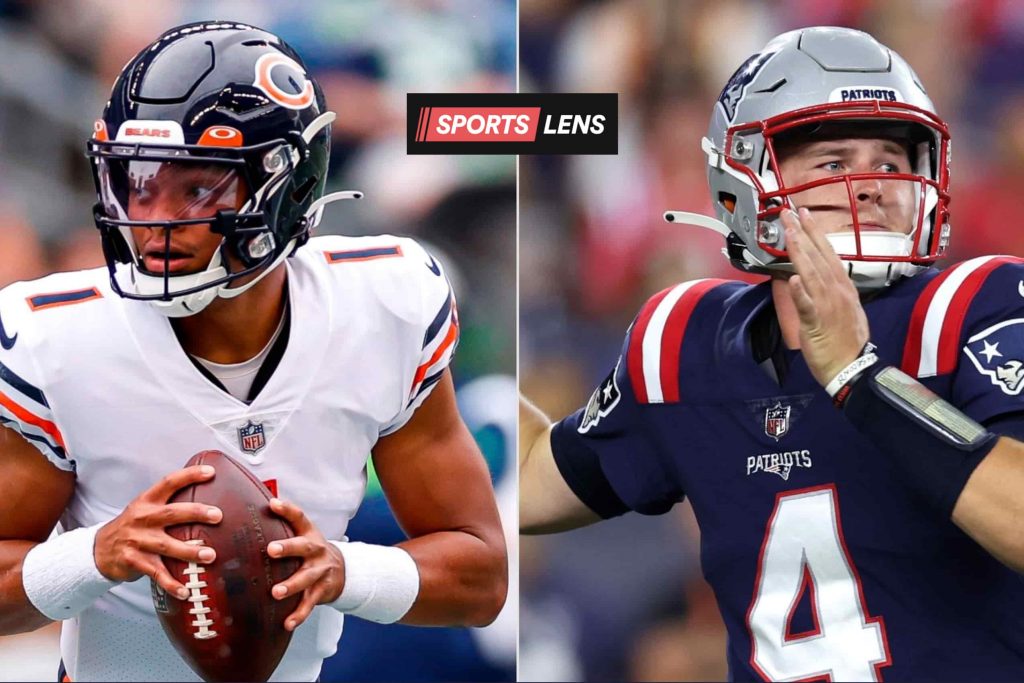 Ready for Monday Night Football were are offering up some of our favourite same-game parlay picks with BetOnline, where you can also claim a $1,000 NFL free bet for Bears versus Patriots.

We begin our parlay picks for Monday evening by predicting a relatively low scoring game for the Patriots, and most likely for the Bears as well.

Although New England come into this match-up as high as fourth in time of possession (31:27), they are all the way down in 22nd in terms of plays per game, snapping on average every 30 seconds which ranks them as the second slowest in the league.

Add to that a heavy rain forecast, an excellent Bears pass rush and the fact they typically fade in the last 30 minutes, we can see the Patriots failing to hit the points total.

Next we are expecting Justin Fields to hit the mark on Monday night, although it certainly won’t be easy given the expected conditions.

There may be a case made against him given that he has failed to put up more than 170 yards in his last three appearances, but the implied total has dropped as a consequence and this bodes well for our selection.

As mentioned, the Pats are more inclined to race into an early lead and prefer to dominate on the ground, which should in turn force Fields to attempt to big plays later on in the game. In addition, the Bears have relied on a pass-heavy game flow in recent weeks, and their QB is of course at the epicentre of this.

Rhamondre Stevenson has deputised expertly in place of the injured Damien Harris, and his output as of late will surely warrant a starting sport even though the latter has returned to full fitness.

With New England intent on gaining their yards on the ground and likely running over the Bears defence, Stevenson will be at the forefront of this having registering 15 carries per game over his last four appearances. This has seen his overall game improve leaps and bounds, clocking up three touchdowns in the last four games.

Stevenson to Score a TD