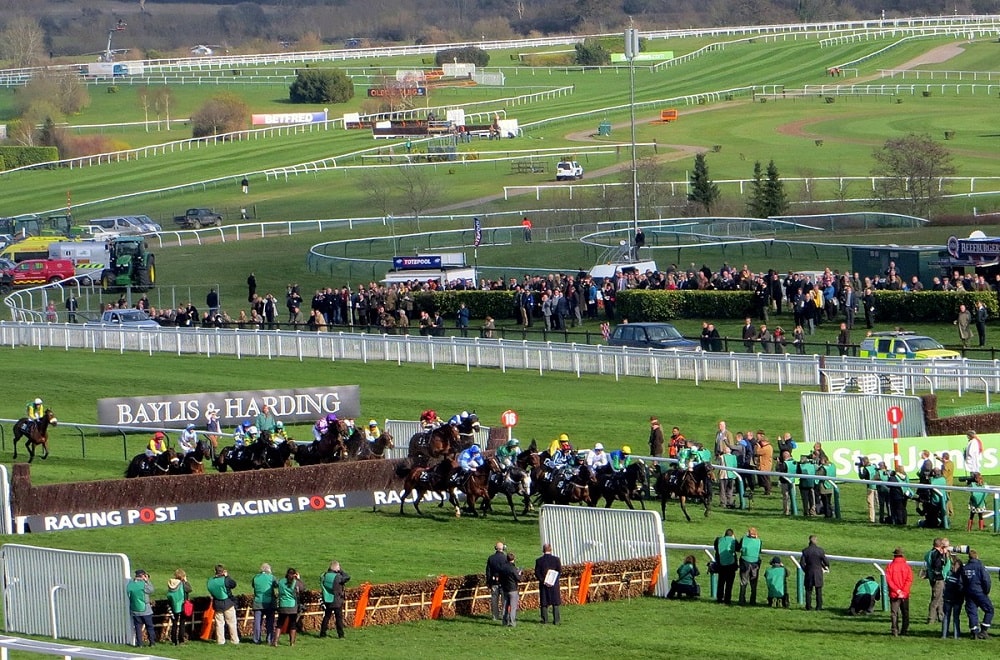 Before those and placing wagers on horse racing betting sites, there are some key stats that punters should consider about this event. One of the most important Paddy Power Gold Cup trends is experience of Cheltenham. All recent victors have won or at least placed on either the Old Course or New Course at the home of British jumps horse racing.

Six of the last eight Paddy Power Gold Cup winners came into the race off the back of at least one run. All of those last ran between 15 days and five weeks beforehand Successful horses have race fitness on their side, then. Favourites have a poor record, meanwhile, with the last market leader obliging back in 2009.

Past Paddy Power Gold Cup results provide an age profile for the race too. Some 10 of the last dozen winners were either seven, eight or nine. That suggests young chasers may not be streetwise enough for this big field handicap. Looking at the Paddy Power Gold Cup weights also provides punters with clues.

Eight of the last 10 victors come from an official ratings band of between 137 and 147. While even classier horses have been Paddy Power Gold Cup winners over that decade, some struggled to give weight away. It’s a great leveller and part of what makes horse racing so fascinating. Using the five-day declarations and ante post betting, here at the Cheltenham Paddy Power Gold Cup horses to back.

Protektorat, Lalor and Al Dancer sit at the head of the market but there are reasons to take them on. Dealing with the former first, Dan Skelton’s runner comes here after 219 days off the track. If Joseph O’Brien doesn’t bring Assemble over from Ireland, then Protektorat has top weight.

The six-year-old son of Saint Des Saints doesn’t fit the age profile of most recent Paddy Power Gold Cup winners either. While Protektorat has a good record fresh, his Grade 1 novice chase success at Aintree hampers him here. It is good form, but best odds of 11/2 with Bet365 look plenty short enough.

Lalor could make his debut for new trainer Paul Nicholls but this is the comeback trail. Now a nine-year-old, he didn’t complete his last two starts after 441 days off the track. There is another absence of 192 days coming into this too. While Lalor did finish a close-up third in two graded handicaps on the New Course here in January 2020 and is back down to his last winning mark, he has never tasted victory over the trip.

It’s a leap of faith that even Ditcheat maestro Nicholls can revive past glories with this one. Paddy Power Gold Cup odds of 6/1 with Betfred hold little appeal regarding Lalor. Al Dancer was third in this off 5lb higher 12 months ago, so he looks well-handicapped to go even better.

Now with Sam Thomas, the eight-year-old Al Namix gelding ran below par in the Caspian Caviar Gold Cup on the New Course here last December. Al Dancer was also pulled-up when stepped up to 3m at Kempton on his last run. After 259 days off the track, this horse without a trip also looks short at 7/1 with William Hill here.

More to like about Moonlight Shadow and Galahad Quest

Sue Smith is a stable to follow when she has a winner, so 2020 Dipper Novices’ Chase scorer Moonlight Shadow has claims on the pick of his form. The eight-year-old son of Midnight Legend hasn’t scored since but has dropped in weights to 3lb below that mark. Runner-up in the Caspian Caviar off 148, it is the fact that Midnight Shadow posted a much improved effort in the Old Roan Chase at Aintree on reappearance compared to last season.

He only tired close home but should come on plenty for the run. Midnight Shadow was only beaten by just over a couple of lengths by top weight Allmankind, who had the benefit of a spin over hurdles under his belt. Betfred go 10/1 about Midnight Shadow and those Paddy Power Gold Cup odds look a solid each way bet.

Back Moonlight Shadow each way with Betfred

Nick Williams’ Galahad Quest needs one to come out but also posted an eye-catching effort on his return to action. As a five-year-old, he may be a little young but his two-length third in a Listed handicap at Wetherby at odds of 28/1 last month saw him only beaten by a couple of lengths too. Galahad Quest, who won a Grade 2 Triumph Hurdle Trial at Cheltenham back in 2020, runs off an unchanged mark of 135.

His back form includes when only held a neck by Buzz, the Aintree Hurdle runner-up and Cesarewitch hero, at Taunton. If Galahad Quest doesn’t make the cut into the field of Paddy Power Gold Cup runners here, then punters get their stakes back. Standout odds of 14/1 with William Hill look another attractive each way place in the race.

Back Galahad Quest each way with William Hill

Many horses have chances in this ultra-competitive race. Two at bigger prices that could cause an upset are Manofthemountain and Paint The Dream. The former, trained by Emma Lavelle, bolted up in the Grade 2 Silver Trophy on the New Course in April. Manofthemountain boasts a 50 per cent strike rate over fences and only tired after a sustained challenge at the final fence on reappearance at Chepstow.

Lavelle expects her eight-year-old Mahler gelding will strip fitter for that outing. Despite being 7lb higher in the weights than his April Meeting success here, Manofthemountain may still be improving. If he comes on for the run as expected, then odds of 20/1 with Bet365 look generous.

Back Manofthemountain each way with Bet365

The horse that bested Manofthemountain at Chepstow was Paint The Dream. Fergal O’Brien remains in good form, so it’s just a matter of whether his seven-year-old son of Brian Boru handles a 5lb hike in the handicap for the Cheltenham Paddy Power Gold Cup here. Paint The Dream has won over further, so can use that stamina to good effect.

Second to Midnight Shadow in the Dipper and third behind Protektorat on his last start at this venue, he has improved with racing. Paint The Dream is above the ratings bracket for many recent winners but he could still sneak into the frame here. Best odds of 25/1 with William Hill may be a bit of value.

Back these four horses each way in the Paddy Power Gold Cup betting ante post: