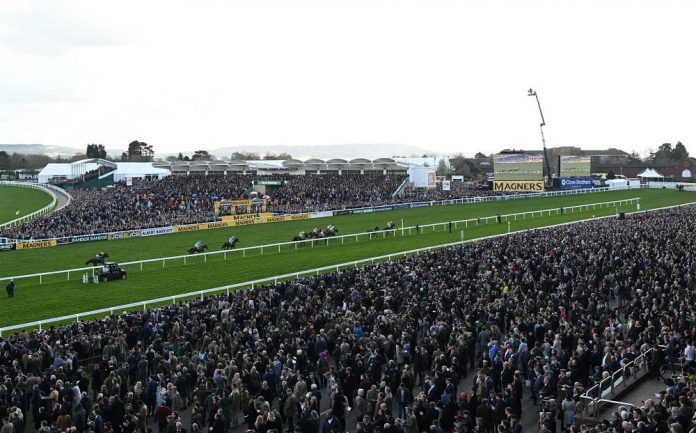 A typically busy but absorbing Cheltenham Festival schedule for horse racing fans begins this year on Tuesday, 15 March. For four days every jumps season, Prestbury Park becomes the centre of sporting intrigue. The 2022 Cheltenham Festival promises to be no different.

In recent years, Cheltenham race times have been at intervals of 35 or 40 minutes during the big meeting. A packed programme including 14 Grade 1 events take place during the Festival with at least three on the track every single day. Punters can find Cheltenham betting on all the action with the top bookies in the UK too.

There are 28 races in total, and seven each day, across the complete Cheltenham Festival schedule and that continues to evolve. The Grade 2 Mares Chase took place for the first time at this meeting in 2021, for example, as the pattern for female horses over jumps improved.

The question on many fans’ lips is this – when is the Cheltenham Gold Cup? Learn all about the Cheltenham race times with the lowdown on the full schedule every single day. SportsLens horse racing betting experts are on hand with all the essential information about the Festival.

Our day-by-day Cheltenham Festival schedule makes it crystal clear what events are on when. Whether you like to bet or just enjoy seeing the top jumps horses race, the complete programme is right here. This is the pinnacle of the National Hunt code with an invasion of Irish racehorses coming over from the Emerald Isle to battle the best of British.

With feature contests highlighted in bold, Cheltenham race times in the first column and other details, these handy tables give a snapshot of Festival action. Let’s take a look at what is happening when:

The famous Cheltenham roar of adoring crowds gets the Festival underway with the traditional curtain-raiser, the Supreme Novices Hurdle. Both Nicky Henderson and Willie Mullins have strong hands for this contest this year. Following that, the Arkle Challenge Trophy gives speedy novice chasers the chance to shine.

After the first of the Cheltenham Festival handicaps, the big race of the day is the Champion Hurdle with Honeysuckle all the rage to retain her crown. The Mares Hurdle takes place next with a handicap for four-year-olds sandwiched between that and the historic National Hunt Chase, which pre-dates the Festival.

Another four Grade 1s from the Cheltenham Festival schedule take place on Ladies Day. Opening with the Ballymore Novices Hurdle, the Brown Advisory Novices Chase (better known as the RSA Chase) gives aspiring Gold Cup horses of the future a chance to impress. The Coral Cup is one of the most famous Cheltenham handicaps of all, meanwhile.

On Ladies Day, the feature race is the Queen Mother Champion Chase with star two-milers including Shishkin bidding for more Festival success. Another Cheltenham veteran in Tiger Roll should run in the Cross Country Chase and over the many different obstacles included. The Grand Annual Chase is another historic handicap, while the Champion Bumper doesn’t have any jumps in it at all as a National Hunt Flat race.

There are two co-feature races on the Cheltenham Festival schedule for St Patrick’s Thursday. Before those, there is a Grade 1 novice chase and the Pertemps Final – the last of a series of staying handicap hurdles. The Ryanair Chase is a halfway house between the Champion Chase and Gold Cup but grows in prestige with every year. Allaho was a stunning winner of this in 2021.

In the other feature race, the Stayers Hurdle tests the stamina of horses. There are also two more handicaps on the St Patrick’s Thursday card in the Festival Plate and Kim Muir for amateur riders. In-between those Cheltenham race times is the Grade 2 novice hurdle for mares. This is named after Dawn Run, the only horse in history to win both the Champion Hurdle and Gold Cup.

The answer to when is the Cheltenham Gold Cup is 3:30 GMT on the Friday of the Festival. Before that, though, there are two other Grade 1s on the fourth and final day of this meeting. The Triumph Hurdle is for the top four-year-olds with the County Hurdle another longstanding handicap. A longer distance race, the Albert Bartlett Novices Hurdle, is the race before the showpiece.

Minella Indo was a gallant winner of the Gold Cup last season, leading home a stable 1-2 for trainer Henry De Bromhead. After that, there is a Hunter Chase race for amateur jockeys, the Mares Chase; the latest addition to the Cheltenham Festival schedule and the Martin Pipe Handicap Hurdle for conditional jockeys. That is the last of 28 races.